Sen. Joni Ernst, R-Iowa, gave a speech at the RNC Wednesday night where she praised President Trump for his record on agricultural policy and for being an advocate to Iowa farmers. 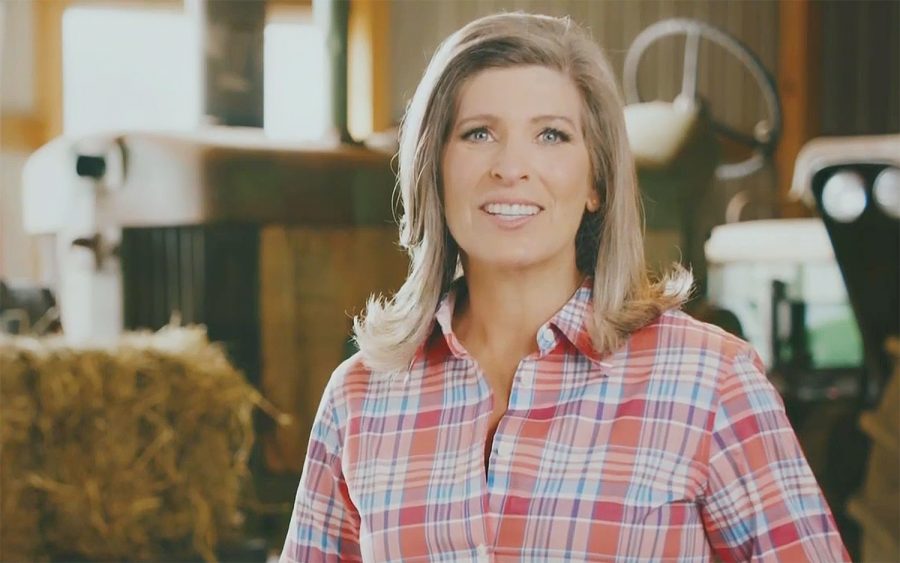 Sen. Joni Ernst, R-Iowa, made a case for President Trump at the Republican National Convention Wednesday night for being an advocate to Iowa farmers, and painted a bleak picture of what the agricultural industry could look like under a Joe Biden and Kamala Harris administration.

Ernst, who is in a hotly contested Senate race against Democratic opponent Theresa Greenfield, praised Trump’s response to the derecho that swept through eastern Iowa on Aug. 11, similar to Iowa Gov. Kim Reynolds’ Tuesday night speech.

“In some cases, these storms wiped out a lifetime of work, and yet, Iowa farmers didn’t hesitate to grab their chainsaws and check on their neighbors,” Ernst said. “President Trump quickly signed an emergency declaration for Iowa to provide relief. And of course, when President Trump came to Cedar Rapids, the national media finally did too.”

Ernst also touted the U.S. trade deal with Japan, and the U.S.-Mexico-Canada trade agreement as being a win for Iowa farmers, as well as Trump’s approval for year-round E-15.

The Environmental Protection Agency approved the sale of year-round E-15, a gasoline blended with 15 percent ethanol, in May 2019. Iowa leads the nation in ethanol production, and Trump’s move to allow the summer sale of the biofuel was praised by Iowa political leaders on both sides of the aisle.

“That means more choices for you at the pump and more jobs for farmers in the Heartland,” Ernst said. “This is something the Obama-Biden administration failed to do in eight years. In fact, I can’t recall an administration more hostile to farmers than Obama-Biden, unless you count the Biden-Harris ticket.”

Ernst pointed to the Green New Deal — a resolution that proposes mitigation plans to slow climate change, which is championed by many progressive Democrats — saying that if Biden became president, he would push forward this resolution which would “essentially ban animal agriculture.”

RELATED: Iowa Gov. Kim Reynolds at RNC: ‘This is an administration of action and outcome

The Biden-Harris climate plan does say that “the Green New Deal is a crucial framework for meeting the climate challenges we face.”

The Green New Deal resolution states that Congress would work “collaboratively with farmers and ranchers in the United States to remove greenhouse gas emissions from the agriculture sector including — by supporting family farming … and by building a more sustainable food system that ensures universal access to healthy food.”

The deal makes no mention of animal agriculture.

According to a June poll from the Des Moines Register, Theresa Greenfield, Ernst’s Democratic opponent, was leading Ernst 46 percent to her 43 percent.

Ernst is the first female combat veteran elected to the U.S. Senate.

“Tonight’s speech is about trying to pull back in traditional Republican voters who are running away from her harmful record — seniors, farmers and rural Iowans who have been ignored for six years as Washington leaves them behind,” Smith said Wednesday.

Smith attacked Ernst on her record for advocating for Iowa farmers, saying farm bankruptcy is at an eight-year high. This claim is true — the U.S. Farm Bureau reports that farm bankruptcies across the country have jumped 20 percent in 2019 from the previous year, which can be attributed to Trump’s trade battles with China, record farm debt, and changes to the Family Farmer Relief Act.

Wednesday marked the third night of the RNC. Trump will officially accept the nomination as the Republican nominee for president Thursday night, the final night of the four-day long convention.