In a forum Monday night, the three finalists for Chief of Police for the Iowa City Police Department answered citizens’ questions on how they would serve the community of Iowa City. 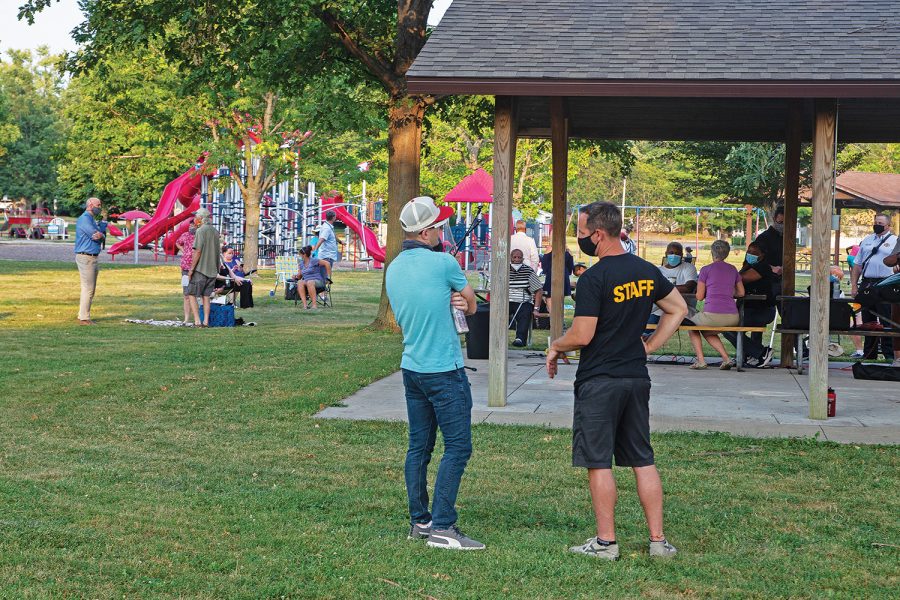 In the midst of protests calling for reformation of the Iowa City Police department, the Iowa City city government is currently in the process of selecting a new Chief of Police after former Chief Jody Matherly retired earlier this year.

The recruitment and selection process, which is detailed on the Iowa City government website, has spanned several months and “included responses to a written questionnaire and multiple interview panels involving internal and external stakeholders,” the website said.

The election of a new city chief has received a lot of attention, after many groups and organizations released their support of a reformation of police procedures and policies, including reformation of the Community Police Review Board and dedicating 30 percent of staff in each city department to diversity and inclusion.

The Iowa Freedom Riders, an organization that has been the figurehead of the Black Lives Matter protests in Iowa City, has called for the city government to defund the police.

This, among other demands, came after the Iowa City Police Department and Iowa State Patrol released tear gas and flash bangs on peaceful protesters in early June that were protesting the death of George Floyd after he was killed by a Minneapolis police officer.

The final three candidates — Jason Lando, Dustin Liston, and Jeremy Logan — held a meet and greet on Monday night at Mercer Park where they expounded on their qualifications and answered questions posed by community members.

City Manager Geoff Fruin said the police chief would be selected by mid-September.

Lando served as a police officer in Pittsburgh, Pennsylvania for 20 years, including six years as a commander.

As commander, he said he worked to repair the mistrust between his department and the community, and sees the Iowa City Police Department as being open to his progressive mindset.

He said building relationships with Iowa City, including students and protesters, had to be intentional to be successful.

“The most important thing is it can’t be cookie cutter,” he said. “We have to be really intentional about reaching out to the community and saying ‘we want to have a better relationship with you, so how do you think it should look? What type of programs do you think would work?’”

Born and raised in Iowa and a UI alum, Liston currently serves as the director for the El Paso Fusion Center, which is a multi-agency intelligence unit overseeing western Texas and southern New Mexico.

He said a friend introduced him to people who had participated in the protest movement in Iowa City, and he sat down to talk with them. Through hard work and conversations, Linton said, he feels he can build solid and lasting relationships with protesters in which they feel their voices are being heard.

“We had a half-hour long conversation with two people who had participated in the protest, just so I could find out exactly what their issues are,” he said. “Some of them, I might be able to shed some light on. People need to feel like not only that they have a voice, but that that voice is being heard and it’s being valued. And we might disagree on just about everything… but the leader of the department needs to be front and center on that.”

Jeremy Logan has served as chief of police in Oelwein, Iowa for the last 18 years of his 28-year law enforcement career. He has been the Iowa Police Chief Association president for seven years.

Logan said hosting a youth panel where student organization leaders could sit down and discuss issues would be his method of establishing relationships with BIPOC communities.

“There’s various angles to [conversations] with the minority stakeholders and the student organization leaders,” he said. “I think there needs to be a permanent youth panel that meets with the chief or administration at least once a month to discuss concerns or developments or anything they want to discuss, and then also allow us to provide some feedback on things that we’re seeing.”