Iowa City's anti-homeless architecture doesn't help solve the issue - it only penalizes those suffering from homelessness. 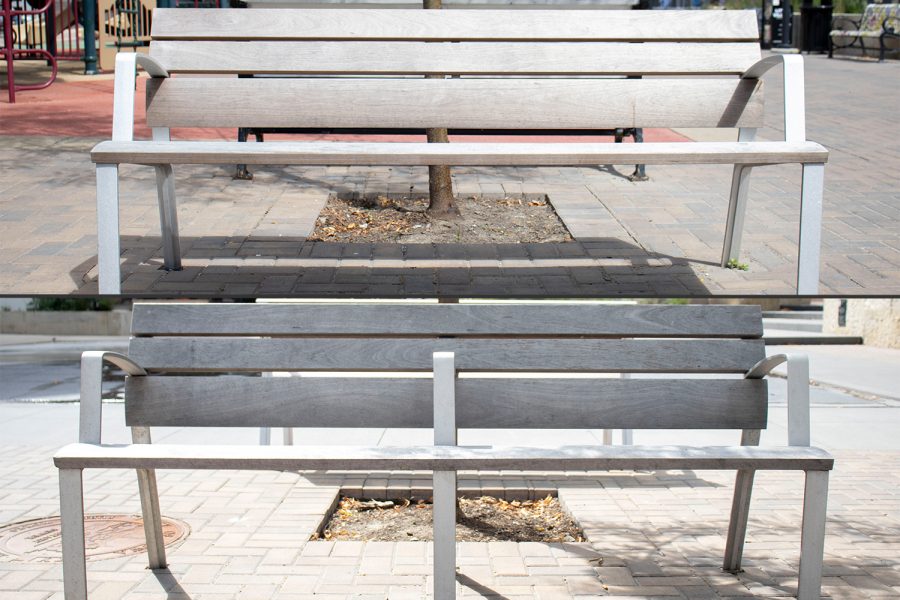 Almost every day, on the corner of Clinton and Washington, there are people outside of Pancheros asking for help. Usually, they have a handwritten sign on cardboard, detailing the struggles they face as a homeless individual.

In early 2019, Iowa City administrators came under fire for replacing the benches in the Pedestrian Mall with ones that have armrests in the middle.

Advocates for homeless people called the benches ‘hostile architecture,’ because the armrest in the middle prevents anyone from being able to lay down. Iowa City spent 150,000 dollars on the new benches with armrests, and it would take thousands of dollars to replace them.

The money that the city used could have been put into improving existing shelters in the city or other resources to help homeless or struggling people.

At the start of the global pandemic, Iowa City shelters were overrun with people looking for a safe place to stay. The Shelter House, the main homeless shelter in Iowa City, was over capacity in March with 87 people occupying their 70-person space. Evidently, with an overrun shelter, there was no space for social distancing.

With some people showing symptoms, it was critical that the shelter find somewhere else to house their homeless population. The City of Iowa City stepped up to help in this situation, providing hotel rooms for those who were showing symptoms.

The Shelter House is a fantastic resource for homeless and struggling people in Iowa City. Their motto is ‘more than just a roof and a bed,’ and they provide drug rehabilitation services, mental health services, and permanent housing for some of their residents. The Shelter House owns two affordable housing services away from the main shelter, to break the cycle of chronic homelessness and allow people time to get back on their feet in a safe space.

It also has a Job Lab, a place that provides computers to search for employment and update resumes. The House employs a specific person to help homeless people apply for a job.

Finding a job as a homeless person can be nearly impossible. In the digital age, people need access to a computer and likely a phone to be able to be contacted by email or phone to get an interview. And if they do get an interview, it is hard to look presentable enough to be able to impress. Finally, assuming they do get the job, they need multiple forms of identification, including a driver’s license, social security card, or passport. Obtaining those things costs money.

Despite all the work that The Shelter House does for the homeless community in Iowa City, there are still people on the streets at night. The Shelter House only has a 70-bed capacity and will not accept unaccompanied youth or sex offenders. Those people may not have any other choice than to sleep outside. It is also only an overnight shelter, so people need to find somewhere to be during the day when The Shelter House is closed.

Putting armrests on benches isn’t going to make the homeless population in Iowa City magically go away. It’s just going to displace them more, forcing them to sleep on the ground or other less desirable places.

Instead of continuing to put money into hostile architecture, including benches or spikes on the ground, Iowa City should funnel more of its money into actually helping the homeless population.