The redshirt senior was the only amateur in the field at the event and made the cut to the weekend rounds. 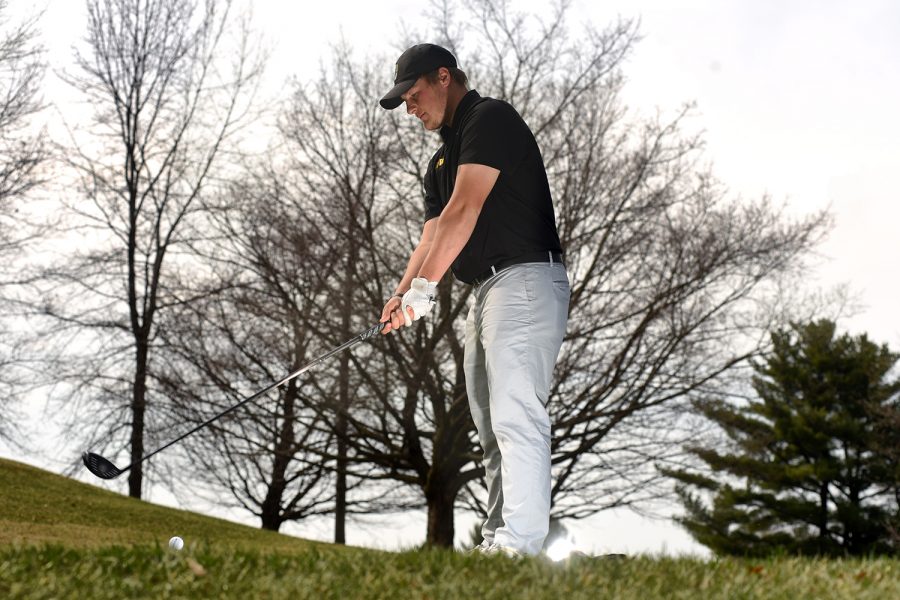 Before the start of the second Korn Ferry event of his career on July 30, Iowa redshirt senior Alex Schaake’s biggest goal was to make the two-round cut and advance to the weekend.

Schaake had the opportunity in front of him, it was just about executing.

“Hole nine is a hole that you have to hit the fairway, or else you’re not going to get to the green [in two shots],” Schaake said. “So, I hit it in the left rough and I had like 200 yards, I can only hit it like 100 yards out of the rough, it was so thick. I was oddly calm walking up to the golf ball [for the third shot] then I got up there and I was like, ‘OK, I’ve done this before.’ I was obviously nervous, but I’ve hit so many wedges in my life, I’ve done it so many times before where I’ve hit it inside of five feet.

“I hit it well, it just needed to get up a little bit, it looked like to me, to get over a bunker. After seeing the video, it had a crap-ton of spin so that was cool. And then that putt [for par and to make the cut] felt like an eight-footer instead of a four-footer.”

Schaake advanced to the weekend in an event that featured some of the nation’s best golfers. The 2019 Big Ten Men’s Golfer of the Year was the only amateur in the field.

For the first two rounds of the tournament, Schaake got to play in the same group as his brother Carson, who played at Iowa and graduated in 2017.

The pressure of the event was a little different from their previous rounds at the course, which is very close to the Schaake house in Omaha, Nebraska.

“We didn’t talk [during the rounds] like we were brothers, we were talking like we were competitors,” Schaake said. “But we were both rooting each other on. That last hole, to make the cut for me, I was in the fairway and he was rooting me on, clapping for me when I hit it close, telling me, ‘Just roll it in, you got it, no worries.’ He was happy for me. It was great playing with him, I mean it’s a once in a lifetime opportunity to get to play with your brother at that big an event.”

After he successfully made the cut, the younger Schaake brother finished with rounds of 1-under-par 70 on Saturday and 4-over-par 74 on Sunday to finish in a tie for 58th.

“I drove the ball really, really well,” Schaake said. “I felt like I was in the fairway a lot, and if I wasn’t in the fairway, I was in the first cut [of rough] or just had a wedge out of the rough that I could get onto the green. Irons, what I realize is, those guys on the tour, they hit it away from a lot of the pins and hit it to the middle of the green a lot. That’s something I need to figure out because I took on a few more pins than I needed to and possibly made a few more bogeys.”

Putting was an area Schaake said he could improve upon after his performance this past weekend. He said the greens were very fast on the course and that he’ll grow more comfortable putting in large tournaments the more he plays them.

Schaake is playing in one more big event this summer before returning to Iowa City in the fall. He will be traveling to Oregon and playing in the U.S Amateur Championship from August 10-16 at Bandon Dunes Golf Resort. His brother will caddy for him.