One positive test and 19 negative tests were received between July 20-26. 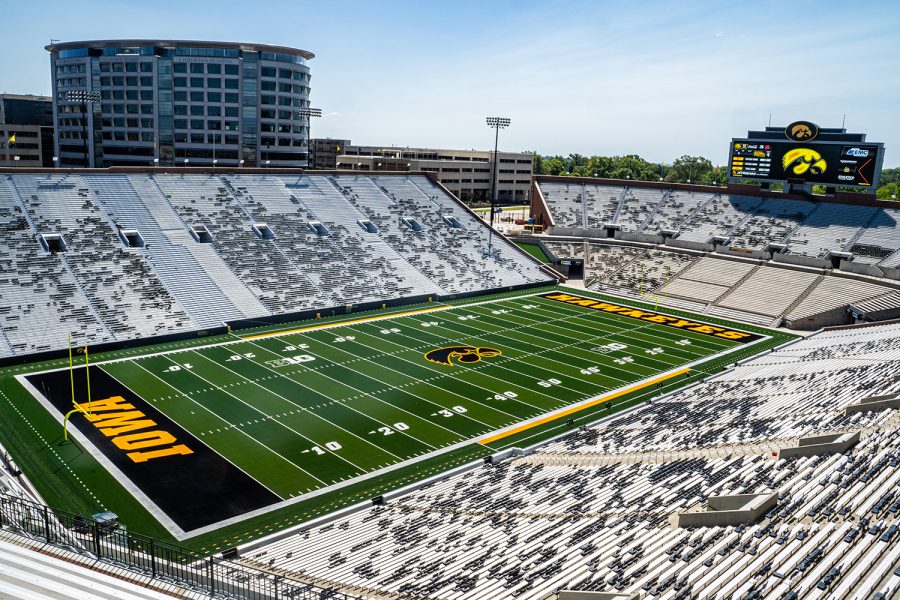 The Iowa Athletics Department announced Monday that it conducted 20 COVID-19 tests for the week of July 20-26 and received one positive test and 19 negative tests.

As part of Iowa’s return to campus protocol, testing began May 29 and includes student-athletes, coaches, and staff. A total of 27 positive tests and 506 negative tests have been received.

According to a release, following the positive test result, protocol established by UI Athletics and medical staff, including contact tracing procedures, is being followed to ensure the safety of all UI Athletics student-athletes and staff. This mandatory protocol also includes isolation for the individuals who test positive, and quarantine for those individuals who might have been exposed to someone with the virus.

Two football programs in the conference announced in recent days that they are pausing voluntary workouts and quarantining after receiving COVID-19 testing results.

Rutgers announced July 25 that it had stopped all in-person team activities and had quarantined all members of the football program after six additional positive COVID-19 tests were received. The program has had 10 positive cases since returning to campus June 15.

Iowa does not provide a testing breakdown by sport, or say if an athlete or staff member has tested positive, but Iowa head coach Kirk Ferentz confirmed July 16 that the football program has had individuals test positive for the virus.

“We’ve experienced some [COVID-19] within our program,” Ferentz said. “If there are any positives at this point, the symptoms have been relatively minor. No one has been affected greatly. Certainly no hospitalizations, those types of things. That’s been good. We’re getting good medical support.”

“It’s brought a lot of unique challenges, especially with all the people who pop up with [the virus] and then people around them have to be quarantined,” Iowa center Tyler Linderbaum said July 16. “We’re just taking it a day at a time. Each workout could be your last one for two weeks. Guys are realizing that you have to be smarter outside with what you do and the places you go.”

On July 9, the Big Ten announced that, due to concerns surrounding the COVID-19 pandemic, it will be moving to conference-only schedules for fall sports in 2020.

By limiting competition to only other Big Ten schools, the conference said in a statement that it will have the “greatest flexibility to adjust its own operations throughout the season and make quick decisions in real-time based on the most current evolving medical advice and the fluid nature of the pandemic.”

Updated fall schedules are expected to be released by the Big Ten over the next couple of weeks.