Garza has until August 3 to withdraw from the NBA Draft. 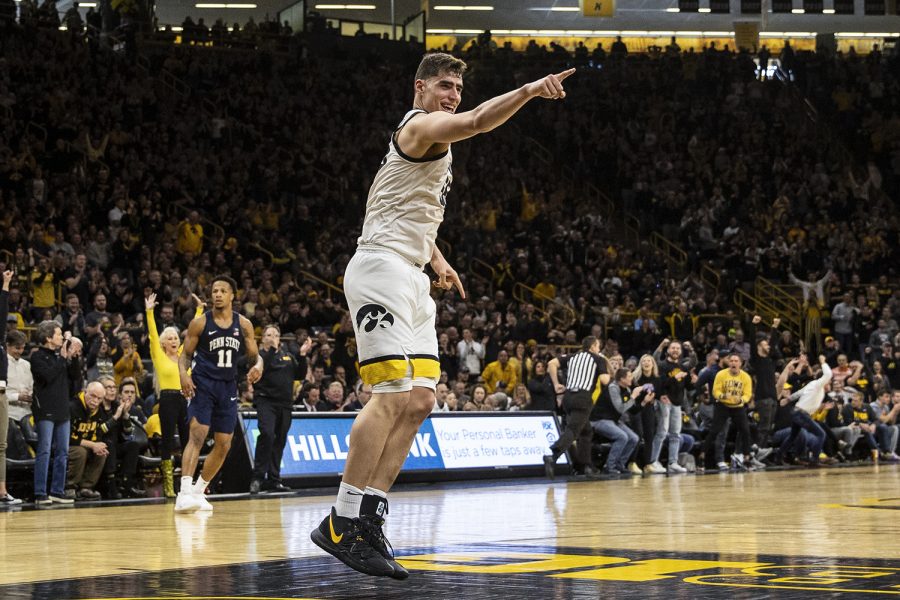 Iowa center Luka Garza celebrates after crossing the 20-point threshold for his fourteenth straight game during a men’s basketball game between Iowa and Penn State on Saturday, Feb. 29 at Carver-Hawkeye Arena. The Hawkeyes defeated the Nittany Lions 77-68.

According to a report by ESPN NBA draft analyst Jonathan Givony, the NBA recently sent teams a list of 105 players who are options to be invited to the 2020 NBA Combine. Iowa’s Luka Garza is on the list.

The combine, which was originally set to take place May 21-24 before being postponed due to the COVID-19 pandemic, has not been rescheduled.

Garza, a consensus All-American and the reigning Big Ten Player of the Year, has until August 3 to withdraw his name from the 2020 NBA Draft. As first reported by 247 Sports, Garza has said he will announce his decision on August 2.

The NBA draft lottery is reportedly set for August 20.

Givony said that the list of players invited to the combine may be cut down to 70 “if needed by teams.”