Students return to the UI from COVID-19 hotspots

Coronavirus cases in the Sun Belt have been growing and Iowa has been grouped with those states on some documents, such as the leaked White House document that classified Iowa as one of the country’s red zones. 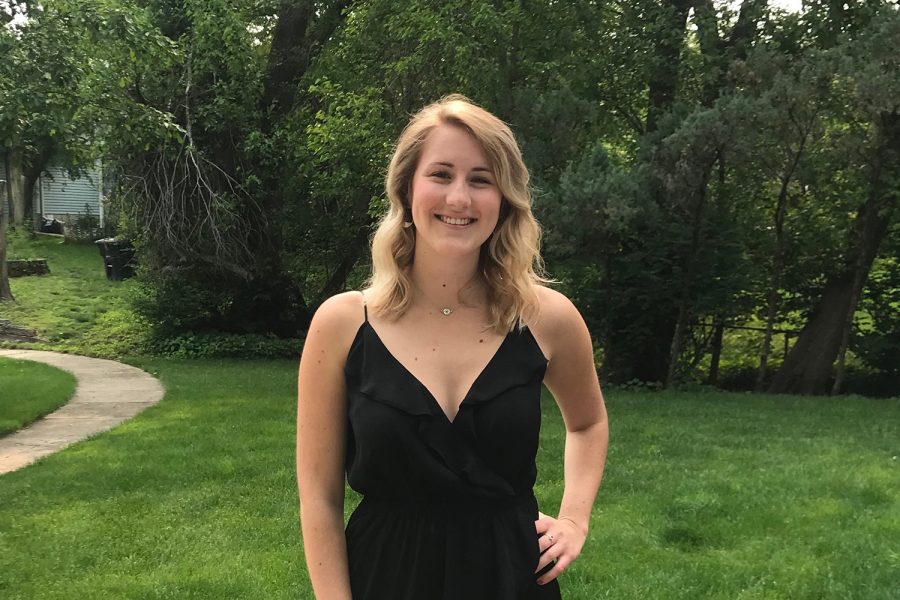 In a July 8 article, The New York Times published a chart of the world’s worst outbreaks of the coronavirus. The graph treated U.S. states like countries. Of the 25 territories, 15 were U.S. states — 14 of which fell in the Sun Belt, the southern tier of the country.

Director of Admissions Kirk Kluver said University of Iowa students from 14 Sun Belt states made up 2.8 percent of the incoming first-year class in the fall of 2019.

Rachael Wagner is an incoming UI senior studying marketing analytics. She lives in Iowa City, but her parents and siblings live in her home state of Florida — one of the states listed on the chart.

Cases in Florida have shot up since the end of June, and the state has a total of 360,386 recorded coronavirus cases. Florida has the third highest case count nationally and the highest number of cases reported in the last seven days.

When Wagner’s spring break plans were canceled due to COVID-19, she went to her parent’s house in Florida, where she stayed until April 30. When she first arrived, Wagner said most businesses were open, but after spring break they closed down.

Though older residents in her area of Sarasota County were concerned, she said people in her age group weren’t as worried.

“All my friends there are still doing stuff with their close friends, and have still been going to restaurants and everything, so they’re not being very cautious,” Wagner said.

Wagner has returned to her apartment in Iowa City. Although she went to outdoor bars and less crowded areas in June when businesses started opening up, Wagner said she decided to quarantine herself again when cases increased.

Wagner said she is less worried about students coming from Sun Belt states in the upcoming fall semester at the UI than she is about groups getting together and spreading it among each other, regardless of their home state.

“I don’t feel unsafe going to school with them, it’s not specifically because they live in those areas … going to campus I’m not too worried since they’ve actually mandated masks and everything, but going to a restaurant, I think, all that type of stuff when everyone first moves back, I’m a little nervous to do that kind of stuff because it’s going to be a huge boom, like there’s no stopping it,” Wagner said.

Though Iowa was not on the NYT list of the world’s worst COVID-19 outbreaks, cases in the state are rising, and Iowa was one of 18 states recently declared a coronavirus “red zone” in a White House document.

“Because of our current caseload that’s going up and the fact that we aren’t having governmental support of mask wearing or official closures in bars or restaurants right now, basically we’re just as risky as any other place,” said Christine Petersen, director of the UI Center for Emerging Infectious Diseases.

Regardless of where students are coming from, wearing masks and having conversations with dorm or housemates about expectations for social distancing protocol is a good idea, Petersen said. She added that she hopes students will embrace getting the flu vaccine when it becomes available in the fall.

“This is not going to be a normal fall college experience, but it is a chance to get to see your friends and hang out and go to class, which is a gift that is given to Iowa students that not many students across the country are going to have,” Petersen said. “So, look at what are blessings and what are challenges, and figure out how to move forward.”

UI Associate Vice President and Dean of Students Angie Reams said student life on campus will be adjusted to accommodate for students returning to campus.

“It will look differently in a blended or virtual format, but many students, staff, and organizations are working diligently to continue to engage and involve our students in programs, activities, and community,” Reams said in an email to The Daily Iowan. “The event guidance and public health measures expected by our campus community members will assist in preventing the spread of COVID-19.”