Opinion | How I unexpectedly became a NASCAR fan

Sports reporter Isaac Goffin describes how he became a fan of NASCAR during these unusual times. 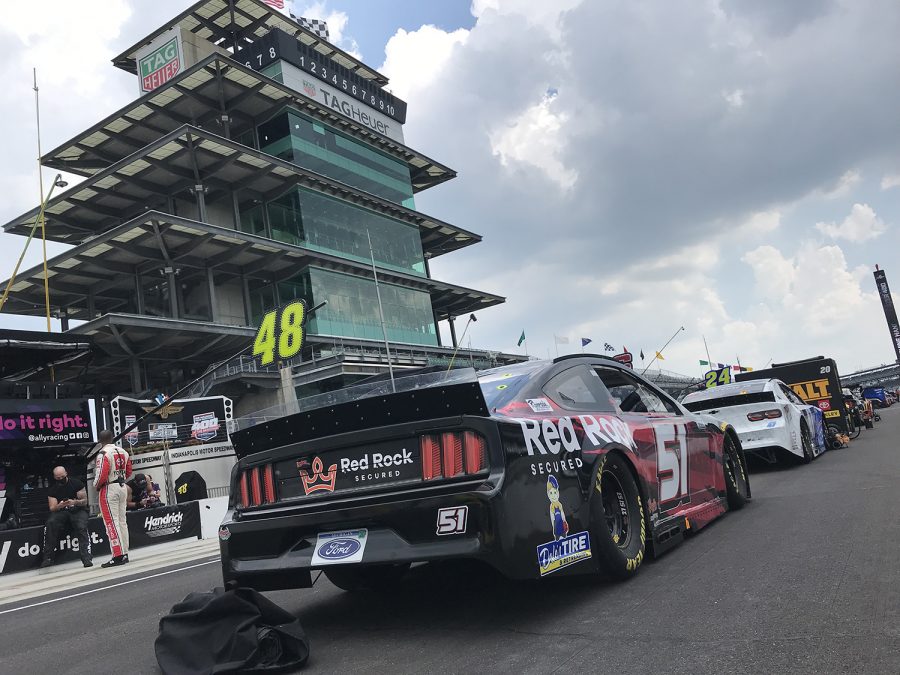 A photo of NASCAR driver Joey Gase's No. 51 car. The Cedar Rapids native will be competing in the 'Be a Hero 30' event at Hawkeye Downs on July 24. Contributed.

Growing up, I thought NASCAR was just a motorsport where the only action was left turns made by a fleet of stock cars.

With so many sports to watch on TV and in my daily life, I never gave watching NASCAR a real shot. The only time I would hear about it was when it was mentioned on SportsCenter.

Then the COVID-19 pandemic caused sports to suspend their seasons. When major sports started to return, NASCAR was one of the first.

“I will give it a shot,” I thought to myself. So, I turned on The Real Heroes 400 and watched most of the race. I must have liked it because I turned on a race the next weekend, and soon was a regular. Now, I’m not only watching the Cup Series, but also the Xfinity Series and the Gander RV & Outdoors Truck Series.

Why? Because my thinking behind what NASCAR is changed.

I no longer see left turns — I see strategy. I see the best-of-the-best gut it out against one another, trying to outsmart each other.

Yes, there are parts of the race that aren’t exciting. If no cars are passing and all remains the same for a few laps, then, yes, it’s boring. The same is true for caution laps.

However, those are a small fraction of what NASCAR races include. Most of the time, the flag is green and at least one car is passing another. There’s also typically an issue with a high-profile driver’s car, whether it’s being too loose, a gear issue, or the simple and old-fashioned tire problem.

The driver’s crew must make the best decision within the last several laps on when to pit to have the best shot of winning.

Around the last several laps are also when the most interesting events happen. One of my favorites from one of the races I watched was when Chase Elliott decided to go to the pit stop very late in the Coca-Cola 600 when he had the lead – which he ended up losing to Brad Keselowski.

Another one was at the SuperHeroes Market 500, Elliott and Joey Logano were going for the lead in the last few laps when Elliott pined Logano into the wall, which led to Keselowski winning the race.

Finally, in the Brickyard 400, Denny Hamlin was leading with seven laps to go until he crashed into a wall, which set his car on fire, allowing Kevin Harvick to win the race.

I’m not the only one that has found interest in NASCAR during these times. Though the sport is no longer in its golden age, the Brickyard 400 did increase its viewership by over one million people compared to the Cup Series race the same weekend last season. Other races have also seen a significant increase since it resumed in May.

Soon, my summer sport of baseball will resume, and my schedule will get busier when school starts. Yet, I’ll continue to be a NASCAR fan and will watch it whenever I can.