Over a three-year period, the University of Iowa will reduce the $1.5 million of General Education Fund support funding it provides to Hancher Auditorium. The fund is used to pay employee salaries. 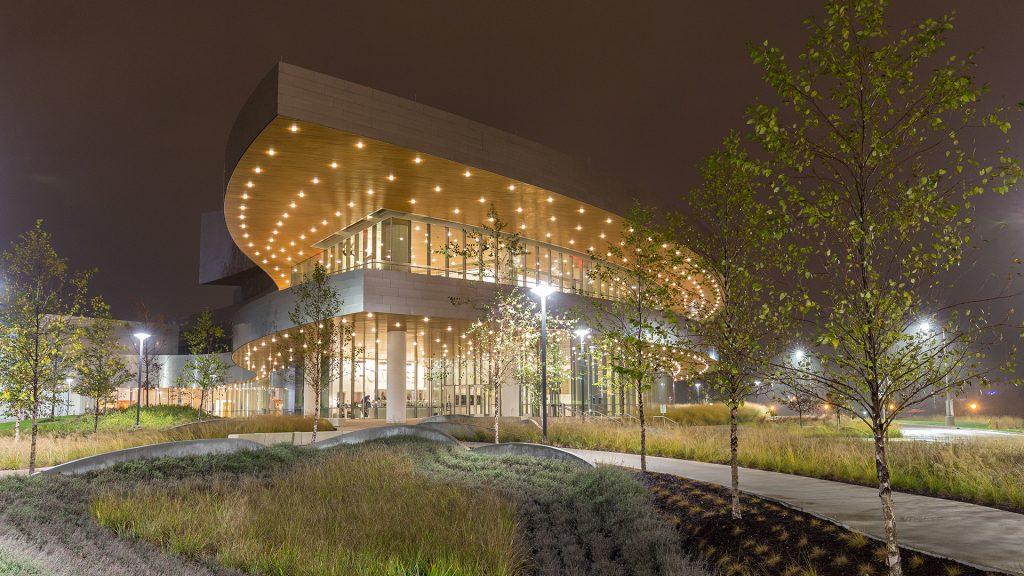 Beginning in fiscal year 2021, the University of Iowa will gradually deplete General Education Fund support provided annually to Hancher Auditorium. The funding the venue receives from the UI goes to paying employee salaries at the performing arts venue.

The reduction comes after the UI outlined additional budget cuts on Friday afternoon to combat the $8 million cut in state appropriations to regent universities by the Iowa Legislature.

The first of the cuts this year will begin a three year process to cut back all of the $1.5 million in funding the university provides to the venue, with the intention that Hancher will become its own self-sustaining unit on campus, according to UI Assistant Vice President for External Relations Jeneane Beck. The model is the same as other self-sustaining entities on campus including the Athletics Department, University Housing and Dining, and University of Iowa Health Care.

“We are confident Hancher Auditorium can maintain its standing as national leader among university performing arts centers while transitioning slowly to becoming a self-sustaining unit,” Beck said in an email to The Daily Iowan.

The $1.5 million is used to pay Hancher’s employees, and cuts could be made to several programs within the venue to fill the financial gap, according to Hancher’s executive director Chuck Swanson. While Hancher’s total operating budget depends on the year, Swanson said its programmatic budget usually runs around $3 million, while the university’s $1.5 in additional support goes specifically to salaries.

RELATED: Hancher receives $50,000 grant from the National Endowment for the Arts

By withdrawing financial support from Hancher, the UI will be able to make ends meet from the cuts they’ve received from the state appropriation, Swanson said. Beck echoed with a similar statement, saying that as the state of Iowa continues to disinvest in higher education, the UI must prioritize where its education fund’s money goes.

According to Swanson, the UI has been their largest donor as long as Hancher has been around. Swanson said that due to the loss of their main donor, some changes will need to be made.

“Our next steps as a staff, this is all so new now, but we need to start planning for a new way to do our work,” he said. “However, I think it’s very important that we continue with this mission. I really don’t want the mission of Hancher to change.”

Josie Fischels contributed to this report.