Researchers at the UI Carver College of Medicine created a mice model that inserts human receptors into mice cells to study the effects of COVID-19 on the immune system. 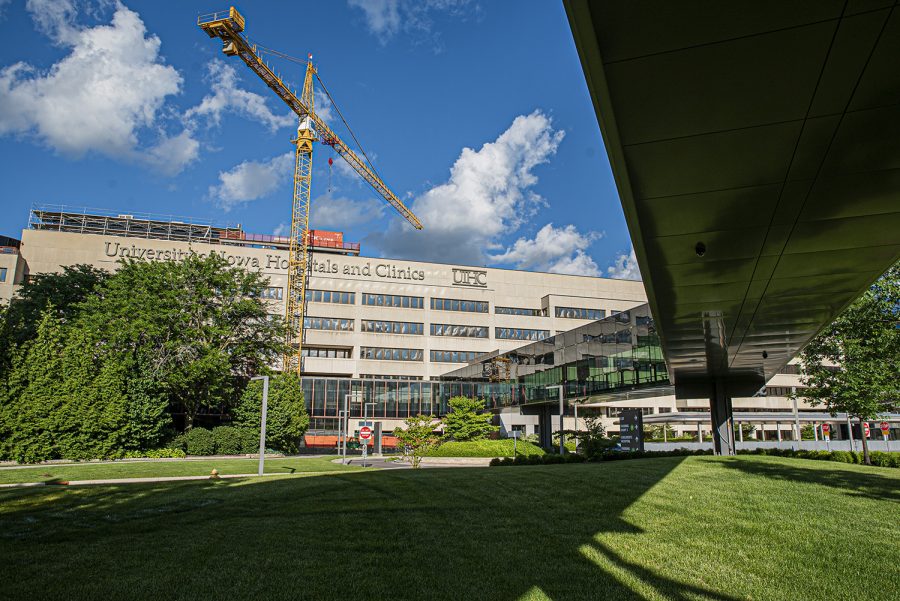 Researchers at the University of Iowa Carver College of Medicine say that using mice models for testing will bring labs across the country closer to developing a vaccine for COVID-19.

Labs under the direction of UI Professors of Microbiology and Immunology Paul McCray and Stanley Perlman created a model that inserts a human receptor called ACE-2 into mice airway cells, causing mice to develop COVID-19 and allowing researchers to study the immune system’s response to the virus.

Perlman said in this model scientists take a previously-made adenovirus — which affects upper airwave systems — and disable it to add the COVID-19 genome so it can infect mice. Once this is inserted in the mice, the virus is able to travel through the animals’ bodies without affecting their genes or causing fatalities.

McCray said mice are the most widely available model as they are easy to house in the labs. Mice were also the first animal whose genomes scientists could manipulate and study, he added.

Researchers in his lab characterize the symptoms of COVID-19 in the lungs of mice and monitor the virus as it completes its life cycle. They then treat the mice with various anti-viral methods used commonly with COVID-19. Two of these include using plasma from previously infected humans and an antiviral drug called remdesivir.

RELATED: PETA calls for ending animal research at the UI

Plasma taken from those who recovered from COVID-19 contain antibodies, and McCray said using plasma to treat the mice proved to have a significant effect on infected mice. He said the duration of the mice’s sickness was shorter for those treated with the plasma.

This is a step in the right direction for potentially treating people infected with COVID-19 moving forward, he added.

“If someone comes in who is starting to be sick,” McCray said, “…the plasma could help prevent the infection from spreading, lessen the severity, and lessen the time being sick.”

McCray said everything changed for his research lab when the novel coronavirus, also known as SARS-CoV-2, appeared.

“This virus has grown to mind-boggling proportions,” he said. “It is now on every continent except Antarctica, and there is a pressing need to understand how the virus causes diseases and to develop preventive vaccines, methods, and models.”

Postdoctoral Research Fellow Roy Wang said that generating mouse models is important to vaccine development. He said the research team has begun generating viruses to study whether or not mutated strains of the novel coronavirus act the same as the original virus.

“Testing in animals is the first step before clinical trials,” Wang said. “We are still running around to determine what model would work with vaccine development. Later on, we will have a newer mouse model that will mimic humans, so we can have a better model for testing vaccines.”