After dominating the Big Ten, the defensive end will have many players and coaches to learn from as he starts his NFL career. 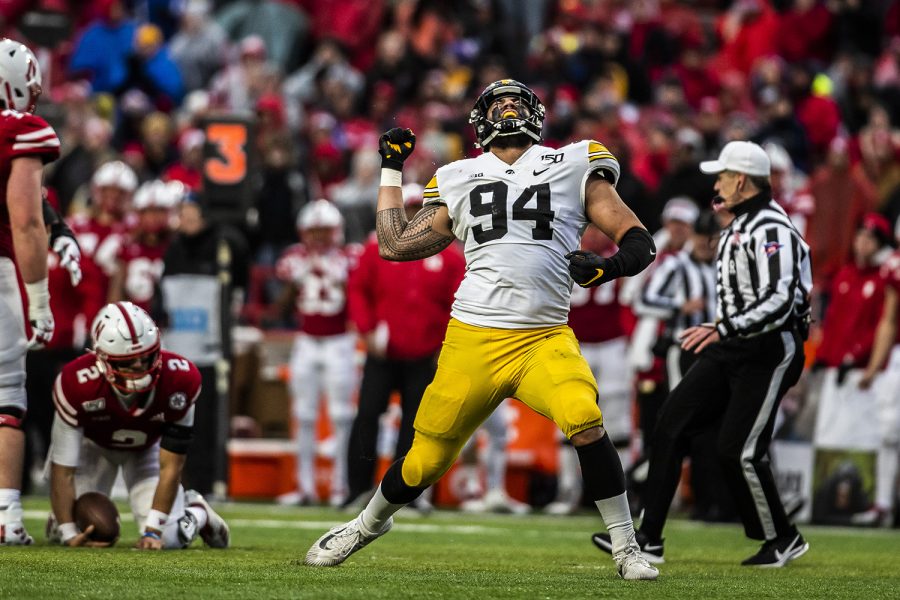 There was always someone that quarterbacks had to look out for on the defensive line when they played Iowa the past two seasons.

That someone was A.J. Epenesa.

Between his sophomore and junior seasons, Epenesa compiled 22 sacks, 30.5 tackles for loss, and eight forced fumbles. This led him to two first team All-Big Ten selections and a 2019 first team All-America honor from The Athletic.

Fortunately for Iowa’s opponents, Epenesa decided to forgo his senior season and declared for the 2020 NFL Draft. He was drafted in the second round by the Buffalo Bills.

According to ESPN, Epenesa is the second-string left defensive end on Buffalo’s depth chart, behind veteran Trent Murphy. This is significant because Epenesa played on the right side at Iowa, meaning typically he came from the quarterback’s blind slide.

Though it’s only a depth chart, if Epenesa does play on the left side, he would have to adjust his style. A quarterback will be more likely to see him coming, though most teams put their best pass-blocking offensive tackle on the left side.

The Bills’ defense is one of the best in the NFL. Under defensive coordinator Leslie Frazier, Buffalo’s defense was third best in the league in yards allowed last season, with its pass defense fourth best and rush defense 10th best.

Sacks were a strong point for the Bills. The team had the 10th most in the league.

A winning culture is starting to take place within the organization. The Bills made the playoffs in 2017 and 2019, and with quarterback Josh Allen making good strides, the best is yet to come for them.

If ESPN’s projections are accurate, Epenesa could start the season as a rotational player. As a second-round pick, the Bills will find a way to work Epenesa into each game in a variety of ways.

Frazier has coached in the NFL since 1999 and has consistently had decent, if not good, defenses. Defensive line coach Eric Washington is in his first year at Buffalo and has had previous successful lines with the Chicago Bears and the Carolina Panthers.

Epenesa’s rookie contract is four years for $5.8 million. With him being a second-round pick, the Bills must believe he’ll be a starter by 2021 or 2022.

The projected starters now may no longer be with the organization in the coming seasons, making way for Epenesa. Murphy will become a free agent next offseason, and Hughes will be the year after.

If Epenesa is anything like he was at Iowa, his name will be known across the league soon, and he’ll be someone that Iowa fans can be even more proud of.