Uthoff plays for the Memphis Hustle but also spent time in the NBA this season. 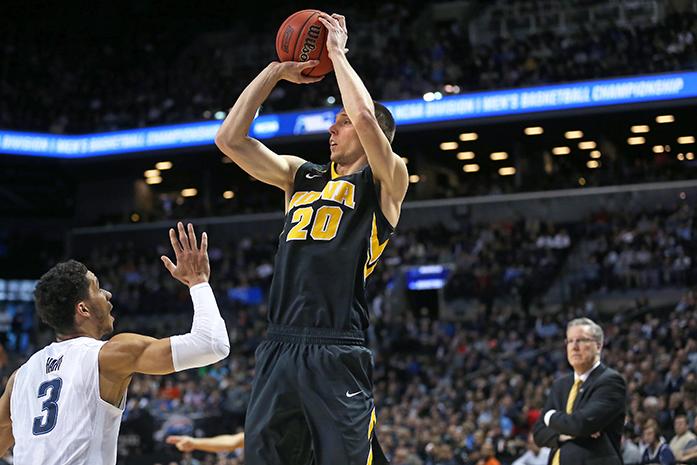 Uthoff played his last season for the Hawkeyes in 2016, and has appeared in the G League in three of the last four seasons. With the Hustle this season, Uthoff averaged 18.4 points and 10.7 rebounds per game. He also appeared in four games for the Memphis Grizzlies of the NBA.

Jaylen Adams and Frank Mason III of the Wisconsin Herd, Jarrell Brantley of the Salt Lake City Stars, and Devontae Cacok of the South Bay Lakers joined Uthoff on the first team.

Mason III was also named the league’s Most Valuable Player.

The remainder of the G League season was canceled June 4 due to the COVID-19 pandemic. The regular season was suspended March 12, only 16 days before it was scheduled to conclude.

At Iowa, Uthoff was a unanimous All-Big Ten first team selection as a senior. That season, he averaged 18.9 points and 6.3 rebounds per game for a Hawkeye team that finished 22-11.