Despite efforts by local restaurants and bars to sanitize their facilities, workers are concerned about their health as the novel coronvairus continues to spread. 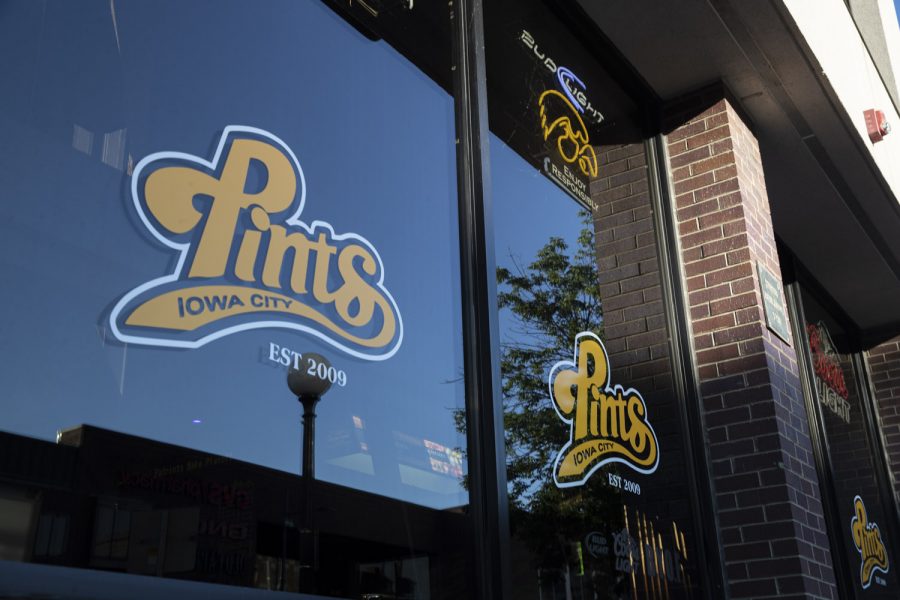 The front window of Pints is seen on June 25 in Iowa City. (Jake Maish/The Daily Iowan)

The amount of novel coronavirus cases in Johnson County spiked shortly after many Iowa City businesses returned to full capacity. Employees in the local service industry who are now coming into direct contact with customers say they feel vulnerable.

As previously reported by The Daily Iowan, Gov. Kim Reynolds lifted the 50% capacity restrictions on businesses on June 12.

Lucas Lang, a bartender at Pints on South Clinton Street, said the bar has taken all the necessary precautions to clean the facility.

Despite these efforts, Lang said he tested positive for COVID-19 on June 20.

“It’s hard to say that I was surprised considering how busy the bars got,” Lang said. “It was only a matter of time before myself or one of my coworkers got sick.”

Lang said he was initially eager to come back to work once bars and restaurants began to reopen. He added that he didn’t feel concern about his health.

Lang said he has a new perspective on the virus, now that he knows that part of the population considered to be young and healthy is still at risk.

“I used to think that everything would be fine if I just went about my days like I normally would,” Lang said. “That unfortunately proved not to be possible.”

The recent re-crowding of bars and restaurants doesn’t shock Lang. He said that everyone who has been adhering to social distancing has craved the opportunity to socialize downtown.

Case counts in Johnson County have continued to increase through June. 47 positive cases were confirmed on June 24, one of the highest single daily case counts since the virus appeared in Iowa in early March. According to Gov. Reynolds during a press conference Thursday, there has also been a spike of cases among younger people.

Noah Rudd, a bartender at Vine Tavern & Eatery on Prentiss Street, said he was hesitant to return to work, however he felt confident because the restaurant was implementing rigorous cleaning measures.

“I knew that once the bars reopened there was going to be a massive spike in cases,” Rudd said. “I almost just accepted that it was going to come back to bite us eventually.”

After returning to 50-percent capacity, Rudd said that Vine saw an increase in customers. The surge came after news spread that the bar was hosting $1 drink nights again, he said.

“We had to turn people away because we were at — if not past — half capacity,” Rudd said.

Rudd said that Vine has been very thorough in its sanitation process and the staff cleans all of the “high-touch points” such as door handles, bathroom doors, sinks, and more.

Rudd said the restaurant has also switched to digital menus to reduce the number of surfaces that servers have to wipe down.

Dominga Perez, a waitress at Cactus on Gilbert Street, said that she is concerned about contracting the virus and the safety of her older parents.

“I have been hesitant about opening to full capacity — not knowing who has the virus or if someone will pass it to me,” Perez said.

She said she is surprised by the number of customers coming into the restaurant, but even more so by the unusually high amounts of to-go orders.

Customers have steadily increased as the community has grown more comfortable going out in public, however, Perez said.

“I will definitely be more cautious going forward,” Lang said.