Iowa City Police Officers put their lives on the line to protect the communities they serve, and deserve better than a middle finger from the university. 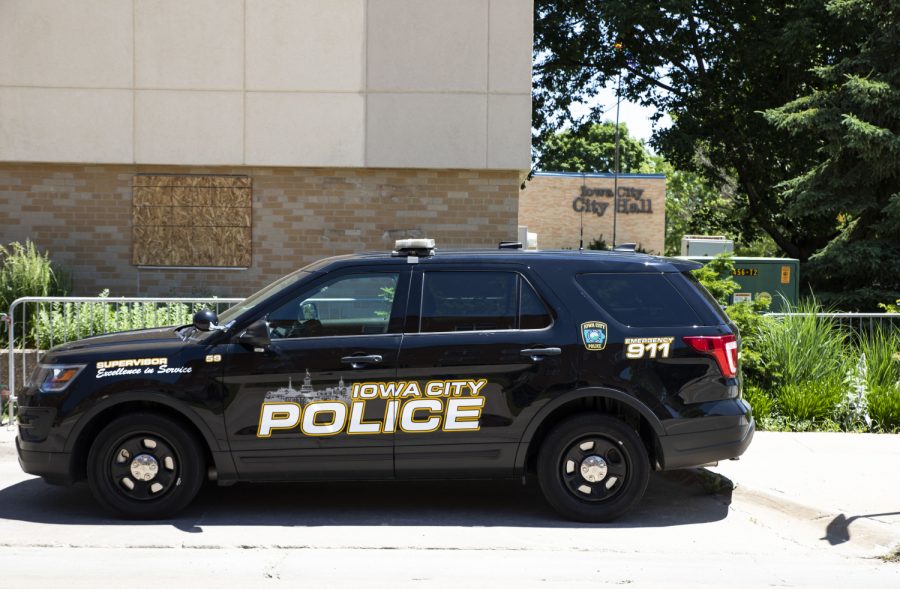 An Iowa City Police vehicle is seen outside City Hall on Monday, June 8, 2020.

Editor’s note: Jason O’Day is no longer a member of The Daily Iowan staff. In June of 2020 editors learned O’Day was running a Facebook page separate from his personal account that included inappropriate posts and views that do not align with the DI’s policies, standards, or core values.

Calls for the University of Iowa to cut ties with the Iowa City Police Department are hasty reactions to the tear-gassing of protesters that occurred on June 3.

The Iowa City Police Department’s use of tear gas on protesters, at the direction of the State Patrol, may have been questionable, but as was confirmed by Iowa City Mayor Bruce Teague, it was done to prevent those protesters from illegally and dangerously blocking Interstate 80.

Police unions do protect bad cops. Derek Chauvin, the officer who killed George Floyd, had at least 17 complaints over 18 years and was only reprimanded once. Chauvin was a time bomb with a fuse protected by collective bargaining agreements. The Chicago officer who shot Laquan McDonald in 2014 had a similarly troubling record.

Some police reforms are warranted, but they must be approached in a level-headed and patient manner. Removing police from campus is not reform, it’s a reckless endangerment of the student body. It’s also irrational from the perspective of the protesters, as the divestment would entail the university losing all influence it has with the ICPD to lobby for reform.

If any other institution of government was treated with the same degree of cynicism as law enforcement, we’d be living in a libertarian’s paradise.

I recognize that some people of color may feel uneasy or afraid around police. With some police reforms and better community outreach, it is my hope that more of my fellow citizens will feel the same security I do when I see a police officer. The Wichita Police recently held a cookout with BLM protest organizers, a perfect example of community outreach.

Police are crucial to the security of university athletic events, especially men’s basketball and football games. Neither Iowa fans nor their adversaries have ever vandalized the hospitals or the statue outside Kinnick Stadium. Yet, sometimes the mix of tribal collegiate rivalry and alcohol can lead to fist fights and other unruly behavior.

I reached out to Doug Hart, ICPD Training Supervisor and current Public Information Officer, for comment on proposals for the university to cut ties with his department. Hart responded with a vague PR statement explaining that the department values its relationship with the university and that further questions should be directed to university officials.

Hart’s lack of transparency is frustrating, but then I consider the media coverage which has been overwhelmingly hostile toward his profession and I can understand his reluctance.

Does anyone have Paul Blart’s number? Obviously, we need some form of security on campus. The university would be hard-pressed to come up with an alternative with the same level of training, legitimacy, and tools to protect as the ICPD does currently. It would be far easier to reform the current police force than start over with a new organization that would lack the same authority as the police have now.

Even if the university severs ties, the Iowa City Police will still have jurisdiction over Iowa City, which overlaps with campus. That would mean less communication between the two entities and only University of Iowa Public Safety Department officers stationed on campus, of which there are about 40. Expelling ICPD would make for more problems than the action aims to solve.