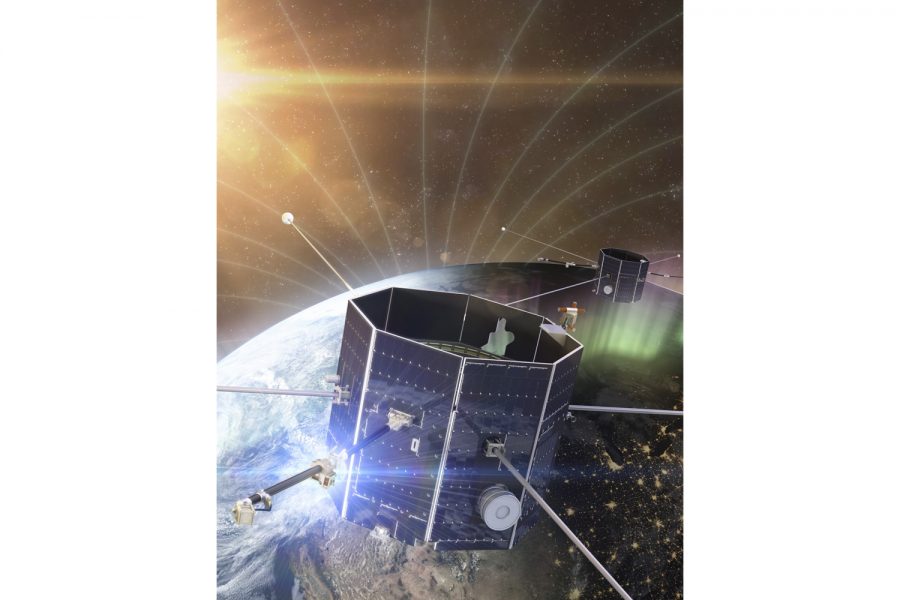 University of Iowa research funded by NASA is moving into its second phase, adding a supplemental mission as it attempts to answer questions regarding space weather.

In June 2019, a team led by UI Physics and Astronomy Professor Craig Kletzing was awarded the largest research grant in campus history. Roughly a year after its launch, the mission has now moved on to Phase B and added a supplemental mission to accomplish its goals.

Kletzing said the Tandem Reconnection and Cusp Electrodynamics Reconnaissance Satellites (TRACERS) mission will strive to answer questions regarding space weather. NASA requires the team to complete six stages before its mission is finished, he said.

“Phase A is the initial study where you put together your plans,” Kletzing said. “Phase B is when you start going forward.”

Nine research institutions are collaborating on this mission, Kletzing said, and the UI is in the lead.

“NASA provides the funding, but the ultimate responsibility of carrying out the mission and making sure it’s a success falls on me,” Kletzing said.

The research aims to better understand and predict space weather — an analogy for the interaction between the Sun and the Earth, he said. These interactions have significant implications for life on Earth, Kletzing added.

In the past, space weather has severely damaged technology on Earth, Kletzing said. Because society is more technologically advanced, he said, damage to its technology today would be even more devastating and have a significant economic impact.

Jasper Halekas, co-investigator of the mission and UI physics and astronomy associate professor, is in charge of designing and building one of the instruments that will measure the electrons in space.

Halekas said that understanding space weather is crucial for keeping technology and society running. It is also important to do pure research for the sake of scientific knowledge, he added.

“This mission has a direct benefit to society, but it’s also expanding our knowledge of the universe,” Halekas said.

The $115 million in funding from NASA goes toward building and testing the spacecraft and all of its scientific instruments, Halekas said.

TRACERS is not the only UI-led space mission currently in the works on campus. UI Physics and Astronomy Assistant Professor David Miles is developing a new magnetic-field instrument called MAGnetometers for Innovation and Capability (MAGIC).

Miles said his instrument will work collaboratively with TRACERS to answer similar questions about space.

“So this is a supplement, or an add-on, to the original TRACERS mission,” Miles said.

Miles said that NASA has awarded him a parallel grant to build and demonstrate one of his new magnetic field instruments on TRACERS. NASA wants to do testing to ensure that his instrument will work in space, he added.

“In three years from now, if they want to send an instrument to Mars, we want to be in a position where our instrument can do what they need and we’re ready to go,” Miles said.

Miles said TRACERS had already been proposed when he arrived at the UI in 2017. Because his research is slightly behind the progress made on TRACERS, Miles said his team has had to play catch-up and has been working rapidly in the past six months to reach Phase B.

The TRACERS mission and the MAGIC instrument are predicted to launch by the end of 2023, Kletzing said. Although it is currently slated as a single-year mission, Kletzing said he hopes it will be extended.

“If your satellites are working and you’re getting good measurements, the last thing you want to do is say, ‘Oh, let’s stop now,’” Kletzing said.