A total of 12 positive tests and 374 negative tests have been received since testing began May 29. 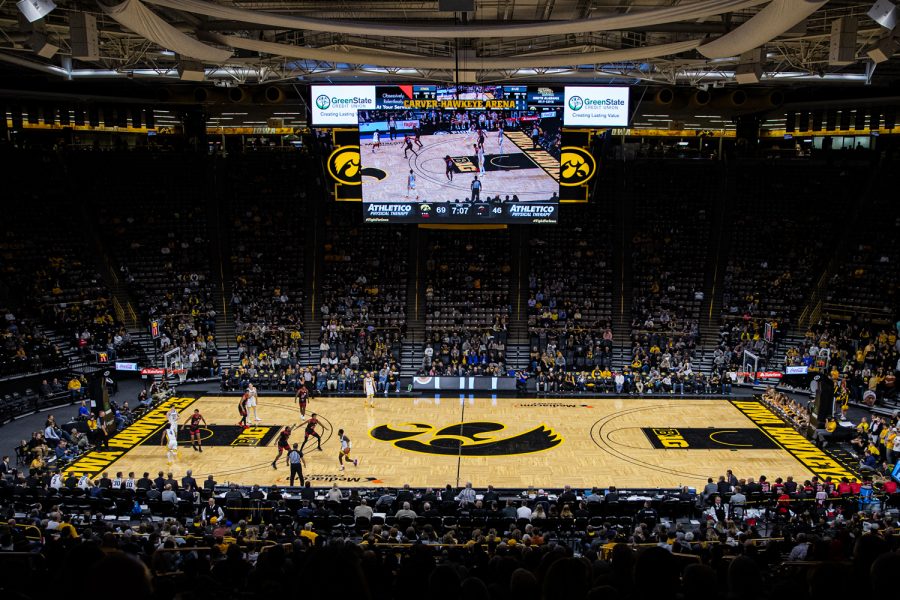 Game action is underway during a men's basketball game between Iowa and Southern Illinois-Edwardsville at Carver-Hawkeye Arena on Friday, Nov. 8, 2019.

The University of Iowa Athletics Department announced Monday that it has received nine positive COVID-19 tests out of 40 tests conducted for the week of June 15-21.

As part of the return to campus protocol, testing began May 29 and includes student-athletes, coaches and staff. A total of 12 positive tests and 374 negative tests have been received.

Following the positive test result, protocol established by UI Athletics and medical staff, including contact tracing procedures, is being followed to ensure the safety of all UI Athletics student-athletes and staff, according to a release. This mandatory protocol also includes isolation for the individuals who test positive, and quarantine for those individuals who might have been exposed to someone with the virus.

“While we have experienced an increase in positive tests, almost all are related to individuals who had been in quarantine due to our contact tracing and developed symptoms,” Dr. Andrew Peterson, UI associate professor and head team physician, said in a release. “Our overall process, including testing and daily health screening, is working as expected.”