The injustices that have happened under the current presidential administration and the failure to address them will amount to the Republicans losing the presidency in November. 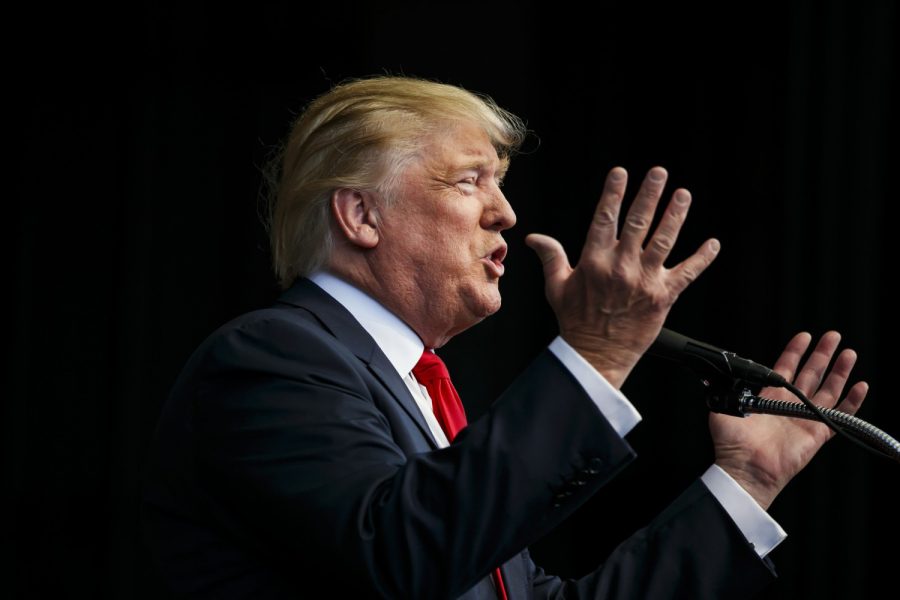 Then-candidate Donald Trump speaks at a campaign rally in Henderson, Nev., on Oct. 5, 2016.

2020 has been a chaotic year to say the least. On March 9th, the stock market fell by 7.79%, and on May 28th the amount of deaths due to a worldwide pandemic surpassed 100,000 in the United States. For the past three weeks protests have erupted across all 50 states due to the systemic racism that has existed far too long in American society.

What does America need right now? A president.

Trump’s lack of leadership during his first four-year term is what’s going to cost him the election this November.

On June 1, demonstrators gathered near the White House to protest against police brutality and the killing of George Floyd. While the protest was entirely peaceful, Trump ordered that tear gas  and rubber bullets be fired at the protesters in order to clear the pathway. Why? So he could have a photoshoot at St. John’s Church.

This was clearly an attack on the First Amendment right of freedom of speech as well as freedom of assembly. What kind of “leader” suspends the fundamental rights that our country was supposedly built upon in order to promote his own political agenda?

Liberals are not the only people upset by his actions. This particular decision he made cost him significant loss for people who were once his supporters. From May 30th to June 3rd, a poll conducted in Michigan had former vice president Joe Biden leading by twelve percentage points, but a second poll which started and ended one day later recorded a sixteen point lead.

Trump has not only failed domestic citizens in protecting constitutional rights and ensuring equality for all, but he has also gravely harmed people seeking to enter the United States. Over 40,000 people have had their human rights suspended by being imprisoned without trial and are now kept in inhumane conditions at the border.

A complaint was filed on May 21 that detainees at the Adelanto detention center were being sprayed 50 times a day with a COVID-19 disinfectant. According to its manufacturer, Spartan Chemicals, warned that it can be harmful as it can cause skin burn when inhaled. Since May 11, at least nine inmates have fallen severely ill., with many other inmates profusely bleeding as a result of this chemical being sprayed.

In addition to the disinfectant, there are many other poor sanitary conditions that create significant health concerns. For example, inmates in the ICE facility went on a hunger strike due to the lack of access to soap and toilet paper. At the privately operated Elizabeth Detention Center, inmates have complained that they are not even given hand sanitizer while living in close quarters.

The chemical spraying is not the only inhuman component of these detention centers. Trump has been allowing family separation since the creation of these camps despite the fact that they have young children who need their parents. It is not morally and ethically right to separate a parent and child knowing very well that they might never see each other again.

The fact that these people are being treated like animals does not uphold the American value of equality which is what the president is supposed to protect.

These past four years have not been easy for the American people. However, if we want to move forward and preserve our country, we need someone who won’t hide in their bunker when their citizens need them the most.