While Iowa Democrats have been looking to oust Rep. Steve King for years, his loss in the 2020 republican primaries wasn’t their ideal way of watching him exit. Party leaders are now looking ahead to the Feenstra-Scholten showdown in November. 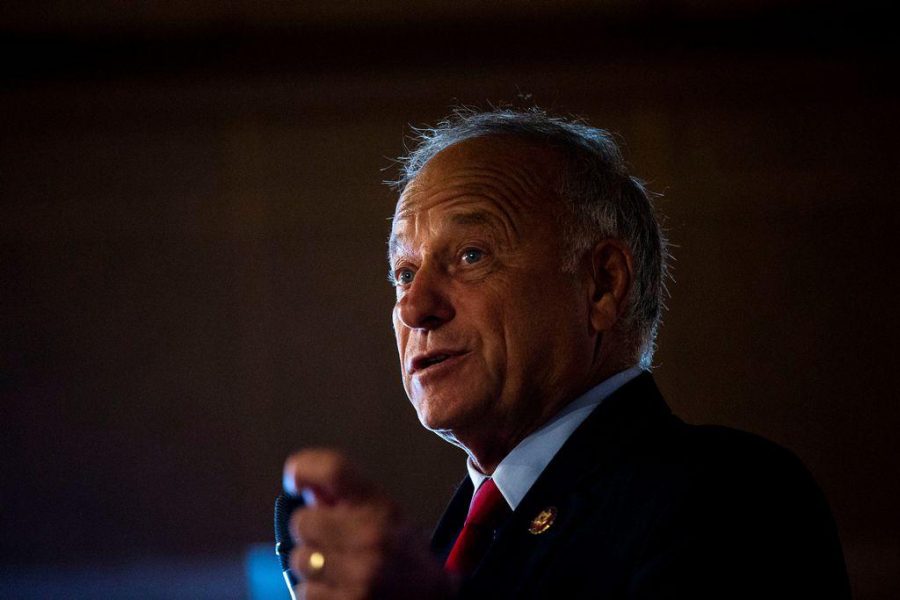 “It was kind of a double-edged sword. Everybody wanted Steve King to lose eventually — we just wanted it to be with J.D,” said Jeremy Dumkrieger, Woodbury County Democratic party chairman and member of the State Central Committee.

Dumkrieger said he thinks it was a combination of King’s reputation and electability that led to Republicans voting him out.

King beat out Scholten by less than 4 percent in 2018, a narrow margin for the Republican-leaning district.

Following remarks the congressman made to The New York Times about white supremacy and nationalism, King was stripped of his appointments to congressional committees in January 2019.

“I think that people were just tired of him being an embarrassment and then when he lost his appointments to the committees then people were just like, ‘Whatever, we’ve gotta be done because he’s not really doing anything,’” Dumkrieger said. “And then he had a real opposition for the first time in his own party with Feenstra — so I think it was just a little bit of everything … together.”

Dumkrieger said he still has faith that Scholten will be able to beat out Feenstra in November.

“For some hardcore Republicans, they’re always gonna vote for Steve King or Feenstra,” Dumkrieger said. “I think J.D. still has a good shot … J.D. actually probably has more name recognition within the [4th District] now than Feenstra does.”

Suzan Stewart, chairwoman of the Woodbury County Republican party, said she was “surprised but not surprised,” that Feenstra defeated King in the primary, noting each candidate had many supporters and that advertising played a role.

Stewart added there was an overwhelming vote for Feenstra in his home turf of Sioux County, while noting that King’s reputation may have played a role in his defeat.

“I think it’s pretty obvious Steve King couldn’t open his mouth without having it be critiqued,” Stewart said.

As the November election approaches, Stewart said she’s confident Feenstra will be able to defeat Scholten in the same manner he defeated King.

“I think there is no question he will defeat J.D. Scholten. This is not a Democratic part of the country, and the same overwhelming vote for Randy I think will be reflected in the general election,” Stewart said. “It’s also a conservative area. I think those people would have voted for Steve King if he had been the nominee but I think it would have been a lot closer, and I also think the focus of the country on this district has now changed.”

“J.D. was all over this district in 2018 and nearly beat Steve King, and so I don’t think that kind of support is going away,” Rosfjord said.

In regard to King losing the party nomination to Feenstra, Rosfjord said she doesn’t think the congressman’s controversial comments were the reason his party ousted him.

“He’s said these horrible hateful things for years,” Rosfjord said. “I mean it isn’t just like he came up with things to say just this year. This has been his M.O. his whole career.”

Scholten might switch up his strategy as he prepares to take on Feenstra instead of King this November, Rosfjord said, but the core of his campaign will remain the same.

“J.D. has always concentrated on what he can do, and building bridges with people to come together and I think that he’ll continue along that vein but he’s got a pretty good hold of the 4th District right now and I think that anybody that counts him out is silly because you just never know what’s going to happen at this point,” Rosfjord said.