With its sweet looking characters and bitter battles, Dropout.tv’s latest actual play anthology is set in a Candyland-esque world that draws in fantasy fans all across the board. 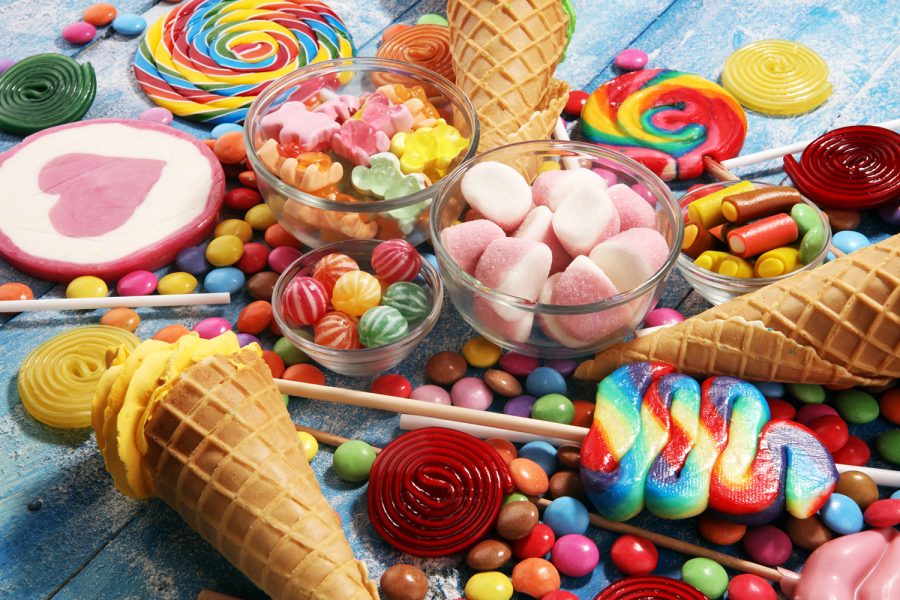 After Game of Thrones took a nosedive in quality, I found myself craving a different high-stakes fantasy series to invest in. A Crown of Candy, the newest season of Dropout.tv’s actual play anthology — where players play Dungeons & Dragons— satisfied that craving with a food-themed world.

The most recent season of the series, season five, consists of a game of Dungeons & Dragons that follows the journey of a king made of rock candy, his red and black licorice twin daughters, a gummy bear knight, an extremely clever chocolate bunny, and a peppermint boy and his pet peppermint pig as they attempt to claim the title of emperor for their king. Each character on this quest is played by a cast member.

Despite the Candyland aesthetic, A Crown of Candy is anything but child’s play. Brennan Lee Mulligan — who built the world the cast plays in and controls each character outside of the main cast — is pulling no punches and shows no signs of slowing down as the season passes its midpoint.

Mulligan himself said the challenges the players will face this season are deliberately unfair, which emulates the brutal nature of Game of Thrones.

The key difference, however, between Game of Thrones and A Crown of Candy is that the outcome of pivotal moments in a game of Dungeons & Dragons are often determined by the roll of a die, which raises the stakes in a way that a scripted show can’t.

Ordinarily, battles are the most stress-inducing part of Dungeons & Dragons, but the political intrigue of this season means that a botched social interaction can become a death sentence. Mulligan has managed to make an absurd dessert-based world easy to buy into by utilizing political ideology and power structures that aren’t far from what audiences are familiar with.

Although I’m deeply invested in the world that’s played in, the players are the heart of the show. The king’s family motto is “In Sweetness There Is Strength,” which is fitting because the characters’ love for each other is this season’s greatest asset.

At the end of the day, the show is a group of friends doing improv with dice. The cast members clearly trust each other, which allows for bold choices to be made in game. However, these choices have certainly created some deep emotional moments. The characters feel like a real family and have a group dynamic that I never tire of watching.

While their dramatic acting deserves praise, A Crown of Candy isn’t entirely a serious show. The cast is a group of professional comedians, so there are plenty of fun moments to be had. The cast can switch from comedic to dramatic at the drop of hat and felt to me that they remained completely in character. Of course, Mulligan was sure to include several food puns throughout the season.

The season isn’t over yet and the bar has been set high, but I’m certain that this show will keep me on my toes until it’s done. As of now, there will be only one season of A Crown of Candy, but it’s well worth the watch.