Two UI professors decry the recent layoffs made within the College of Liberal Arts and Sciences due to budget cuts made by the university. 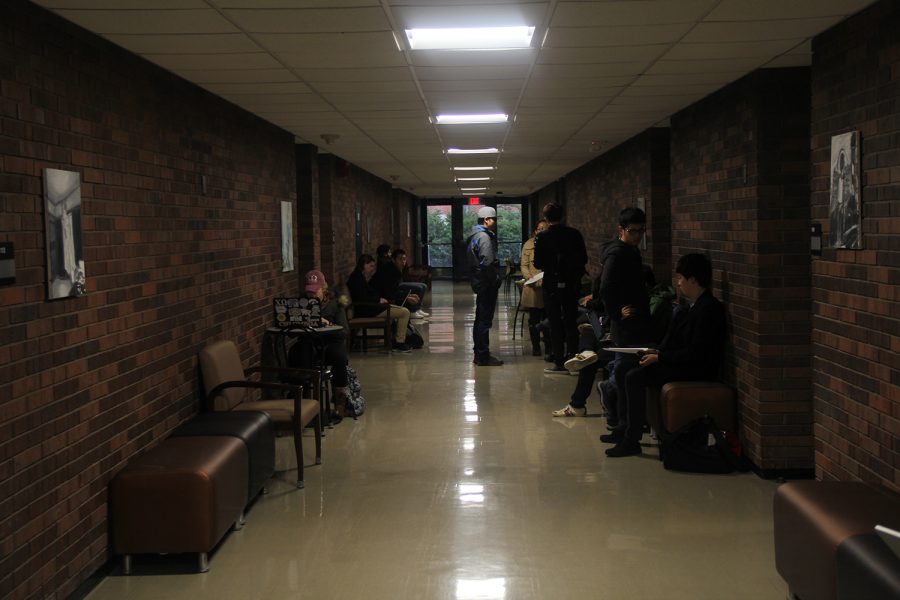 Student made paintings are shown inside the EPB on Wednesday, Dec. 2, 2015. Students from the art department moved these paintings to the EPB in attempt to make the building less bland.

On a day last week when the entire university community was asked to cease “business as usual” and contemplate solutions to institutional racism, administrators at the University of Iowa had other things on their minds.

They were busy terminating the contracts of 15 instructional-track faculty, among them a 15-year veteran woman of color beloved by students and colleagues alike.

Which brings us to our next bit of UI news from last week. Chris Doyle, the nation’s highest paid NCAA strength and conditioning coach, was given his walking papers for racist comments he is accused of making to Black players. Doyle earns a staggering $800,000 annual salary and will receive a severance package of $1.1 million. A non-tenure track lecturer’s salary? $44,000.

The decision to fire these teachers was made without any regard for seniority, meaningful consultation with the affected departments, or negotiations with bodies on campus such as Faculty Senate. Had they done so, they would have encountered several alternative solutions. One department, for instance, unanimously agreed that had they been given the chance, they would have taken pay cuts to save their colleagues’ jobs.

Yet, it should not be the responsibility of the most precarious employees at the university to make these sacrifices. The simple fact is this: if these cuts are truly necessary, then a modest reduction in the highest salaried employees at the university—for example, high ranking administrators, elite coaching staff, surgeons, and Business School faculty—could have saved the jobs of several highly decorated teachers.

As tenure-track faculty, we call for the immediate reinstatement of our colleagues and for improved shared governance in significant decisions that directly impact faculty, staff, and students on campus.