UI Executive Director of the Center for Diversity and Enrichment Nadine Petty has announced that she will start as Chief Diversity Officer at UNH on Aug. 10 after five years of working toward diversity, equity, and inclusion goals on the UI campus. 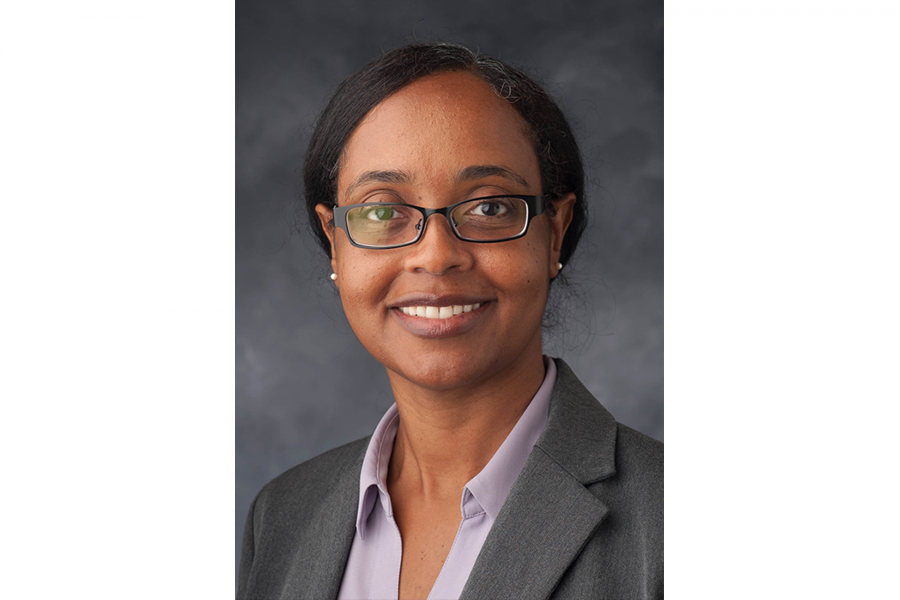 The University of New Hampshire has hired Nadine Petty, executive director of the Center for Diversity and Enrichment at the University of Iowa, as its next chief diversity officer and associate vice president for community, equity, and diversity.

“UNH has considerable work to do to address systemic racism and how to become antiracist in our respective roles as students, faculty, staff and alumni,” UNH President James W. Dean, Jr. said in a press release Wednesday. “Nadine’s extensive experience and work effecting change will play a critical role in helping us to identify the important steps we must take to create institutional change and be part of the solution.”

Alongside Associate Provost and Dean of International Programs Russ Ganim, Petty was co-chair of a UI committee tasked with finding a replacement for TaJuan Wilson, who resigned in August after a two-month stint as the associate vice president for Diversity, Equity, and Inclusion.

Although Petty’s departure means another major shift in diversity, equity, and inclusion leadership on the UI campus, she told The Daily Iowan she doesn’t anticipate it will cause any major roadblock in the university’s initiative to be more inclusive.

“I think the university is prepared for this,” Petty said. “I know that [UI Provost Montserrat Fuentes] is working really closely with myself and other DEI leaders to make sure the transition is a smooth one. I’m absolutely putting things in place to make sure whoever steps in as interim is prepared.”

When she initially assumed her position, Petty said she knew there was a lot of work to be done in the Center for Diversity and enrichment. At this point, she said, she feels like she has accomplished this work.

“The CDE right now is in a very good place. It’s filled with really strong staff — with strong leadership,” Petty said. “And I am absolutely convinced that I can step away and they’ll be fine, and that wasn’t always the case.”

In a message to the division of Diversity, Equity, and Inclusion, Provost Fuentes said she takes comfort that Nadine will have a new opportunity to influence higher education for the better.

“It will be difficult for us to lose Nadine, whose leadership, service, and devotion to diversity, equity, and inclusion and to students at the University of Iowa have been exemplary,” Fuentes said. “Under her guidance CDE has helped the university make meaningful strides forward in creating a more welcoming climate for students as well as for staff and faculty from underrepresented communities.”

Tiffini Stevenson Earl, associate director of equal opportunity and diversity and ADA Coordinator, will take over Petty’s role as co-chair of the search committee for the UI associate vice president for Diversity, Equity, and Inclusion starting August 1, according to the message.

In a press release Wednesday, Petty said she was impressed with UNH President Dean’s knowledge of equity and diversity and his comfort level discussing such topics.

Her pull to the position in New Hampshire ultimately had to do with being near family on the East Coast, Petty told the DI.

“Although I am really excited about my opportunity at UNH, I really am sad to be leaving,” Petty said. “Iowa really does have a place in my heart. It’s been home for five years, and I’m going to miss the warmth of the people and my colleagues.”

UI Director of Internal Communication Tricia Brown said in an email to the DI that Provost Fuentes has solicited nominations for an interim executive director of the Center for Diversity and Enrichment and expects to name that person soon.

“The university’s new associate vice president for diversity, equity, and inclusion (that search is underway) will have the opportunity to conduct a search and name a permanent person to the position,” Brown said in an email to the DI.

*Josie Fischels contributed to this report.