The cancellation of the Iowa high school track season and ongoing closure of athletic facilities is forcing athletes and coaches to get creative with their training and sources of motivation. 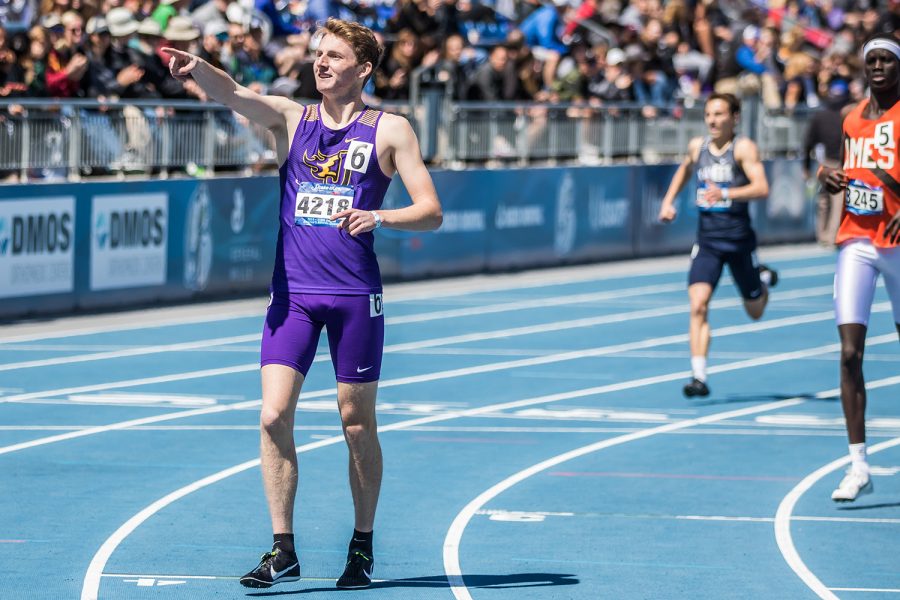 Drake Stadium was empty on May 21.

There were no crowds of sunburnt, cheering fans. No scent of popcorn mingling with the smoke from the starter’s gun. The voice of announcer Mike Jay did not boom through the loudspeaker, encouraging spectators to “get on your feet and bring them down the home stretch.”

There was no Iowa high school state track and field meet this year.

More than 37,000 fans crowded the stadium during the 3-day event in 2019. The state track meet serves as the finale of the Iowa high school season, which normally starts in mid-February with indoor meets through mid-March and outdoor meets the rest of the season.

Iowa athletes never made it to the outdoor track this year. Due to the COVID-19 pandemic, high school spring sports were canceled a month into the season, leaving many athletes and coaches asking, “What if?”

This season had the potential to be very special for Liberty High School. The girls’ team was returning all 16 state qualifiers from its team that placed fourth at the 2019 meet and were primed to do exciting things. It will take hard work from the girls to put themselves into the correct mental state to do it again.

Track and field is a unique sport in that improvement can happen rapidly. One year can make a dramatic difference in an athlete’s performance, whether that is due to maturity, a different training regimen, or a mix of both.

Iowa City West boys’ coach T.J. Craig emphasized that. With an average of 90 boys on the team each year, he looks forward each season to seeing who emerges as a standout.

The effects of the pandemic are ongoing. Facility closures create an inequality in training opportunities. Liberty girls’ coach Keaton Rickels expressed concern over the resulting disparity.

“I know that some athletes have been using their home gyms and have been able to drive to open tracks and trails to run [and] workout,” Rickels said. “But other athletes have no car, money for gym memberships, or home workout equipment and they only have the ability to run outside on sidewalks. This is where I think athletes across the state are hurting most. Many rely on school gyms and facilities to meet their athletic needs.”

Track and cross country require relatively minimal equipment, but the access to this equipment can be the difference between good and great performances. Tracks and lifting equipment are valuable supplemental training pieces.

The lack of organized practices, limited contact between coaches and athletes, and restricted facilities has encouraged coaches to get creative with their training and motivation techniques.

Craig created a Bingo-style sheet that features boxes such as “make a healthy meal for yourself” and “go for a long run” to make this unconventional off-season’s training more fun. He and West High cross-country coach Josh Kidman organized a virtual state track meet on Strava, allowing runners from across the state to submit their times and performances and “compete” against others.

Craig hopes that if one good thing comes out of the season cancellation, it is a new mindset for the returning athletes. The opportunity to play high school sports is often not fully appreciated until after graduation. Craig said he hopes this will serve as a sort of wake-up call for the kids and he encourages them to not take being on a team for granted.