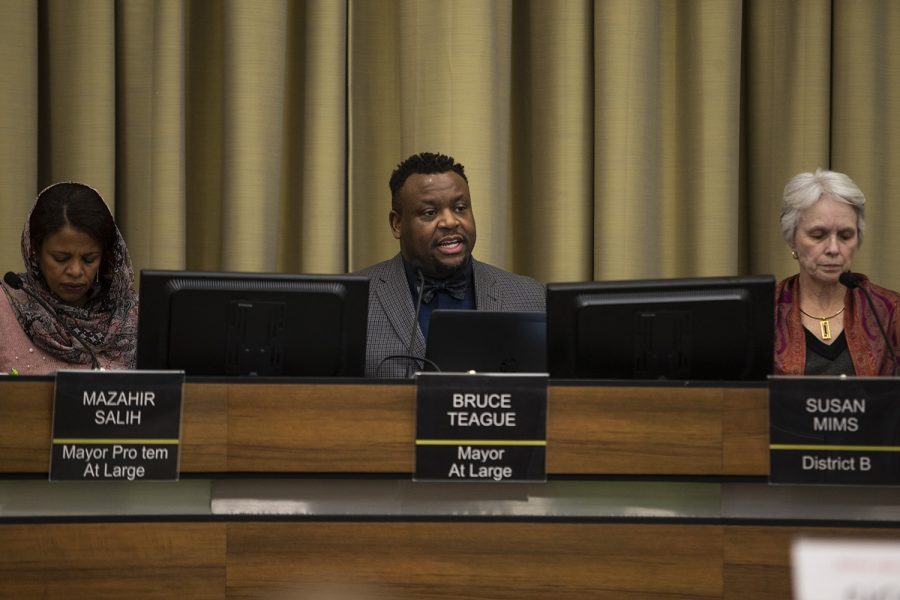 Iowa City staff responded to the 12 demands made by the Iowa Freedom Riders, stating which demands the Iowa City City Council has authority over and providing information on others that it does not have the power to address.

The memo followed the June 9 work session and contained additional information that the council requested, such as the list of all protest and traffic related charges, the diversity and inclusion staff data of each city department, and the restricting legalities of the Iowa City Community Police Review Board.

The Iowa Freedom Riders, who have organized weeks of protests in Iowa City, have made 12 demands of the City Council. The Council will meet Tuesday in a special formal meeting to consider a resolution in support of the movement and consider action on the group’s demands.

“The Council commits to an extended and intense effort to address the Black Lives Matters movement and systemic racism,” reads a resolution that has been drafted for the meeting Tuesday.

According to the staff memo, the City Council does not have the authority to enforce some of the group’s demands.

Demands that the council does not have authority over include:

Its inability to require equity toolkits for private businesses is due to current state law which makes the city unable to pass its own law requiring such action. The memo said the city has been using racial equity toolkits since 2016 and 15 city departments have completed training on the toolkits.

Human Rights Coordinator and Equity Director Stafeine Bowers said in the memo that the remaining departments would complete training this year.

The memo said evictions are handled by the Johnson County Sheriff’s Office, and Iowa City Police only assist if requested in emergency situations.

Coralville’s curfew was lifted by Coralville Mayor John Lundell on June 9. Iowa City has no power over Coralville as it is an independent municipality with its own governing board that makes those decisions for its city, the memo said.

In the memo, city staff said certain changes to the Iowa City Community Police Review Board would require changes to state law while others would not — these specific changes were not listed. It said a legal analysis on changing the board’s power has not been done for some time and would be required.

The council does have the authority to:

make a request to drop charges against protesters
increase staff so each city department has 30 percent of its staff dedicated to diversity and inclusion
the full publication of the ICPD budget
continue city efforts for affordable housing
write a letter to Johnson County officials in support of selling the MRAP armored vehicle.

In an interview with The Daily Iowan on June 13, Councilor John Thomas said he anticipates the council will be able to dismiss the charges against protesters at Tuesday’s meeting as it was one of the key issues to be addressed. He did not comment on the other demands.

“There are responses from staff to the issues to their demands, where things stand now,” he said. “And some of them may be answered to their satisfaction.”

Councilor Laura Bergus said she thinks the most important demand that should be addressed Tuesday is the demand that calls for the Iowa City Police Department to be restructured. It should be done in a way that still provides public safety without requiring officers to respond to every possible call, she said.

Among the Freedom Riders’ demands is a plan to restructure ICPD toward community policing. The memo mentioned steps already taken by the department, but it didn’t indicate whether the council has the authority to fully disband and restructure the department, similar to what the Minneapolis City Council has announced intentions to do.

Bergus will be presenting a draft resolution she created to the other members of the city council at the meeting Tuesday. She hopes it will be a starting point toward a more concrete plan for the important policy changes but ultimately doesn’t know how the council will vote tonight.

“We are committed to change and I hope that by now people have seen and heard that,” she said. “These are complex problems that unfortunately are going to require some complex solutions. But what we’ve got right now is the will of the city leadership to do that and I think we’re going to start making some real change.”

Mayor Bruce Teague was not available for comment at the time of publication.