Judkins likely would have been selected in the MLB Draft had it not been shortened to five rounds. 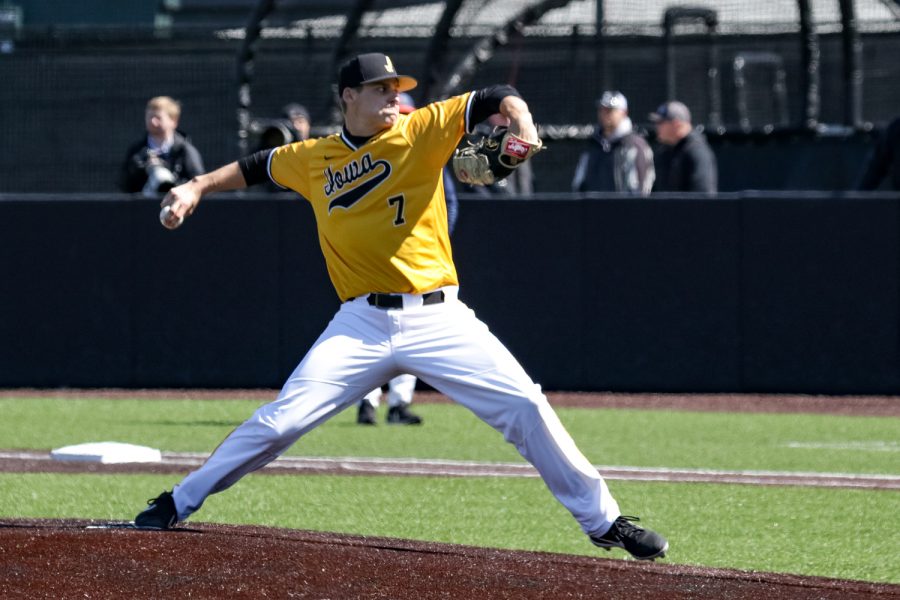 Iowa's Grant Judkins winds up to pitch during a baseball game against the University of Illinois on Sunday, Mar. 31, 2019. The Hawkeyes defeated the Illini 3-1.

The right-handed pitcher from Pella, Iowa, likely would have been selected in a normal MLB Draft. The draft was shortened to five rounds this year due to the COVID-19 pandemic. Judkins, one of Iowa’s 10 seniors in the 2020 class, had the option to return for another year of eligibility after coronavirus forced the cancellation of much of the season.

Judkins had a breakout season in 2019, and in 2020 was set to pitch in Iowa’s weekend rotation. He went 2-0 with a 3.00 ERA in four starts during the shortened 2020 season. Over 21 innings, Judkins recorded 24 strikeouts to only five walks and allowed three runs or fewer in all four of his starts.