Golf has been one of the first major sports to produce live entertainment and outdoor activity for Americans as pandemic regulations are slowly lifted around the country. 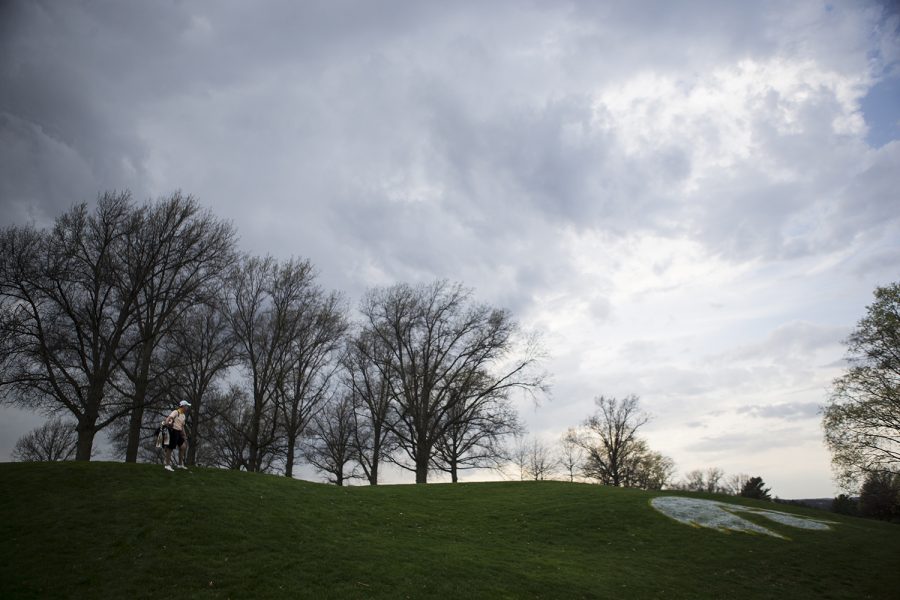 Iowa's Matthew Walker eyes the stormy skies rolling in during the Hawkeye Invitational at Finkbine Golf Course on Saturday, April 15, 2017. Iowa currently sits in third after one and a half rounds in the tournament, play was delayed late Saturday afternoon due to inclement weather.

Usually contested near the end of May, the tournament’s field may include a few big names and even a couple of the world’s top players. Last year, the Charles Schwab Challenge was the tournament directly after the PGA Championship, the second major of the season. The 2019 tournament featured three of the top 10 players in the world.

What a difference a year makes.

The 2020 version of the Charles Schwab Challenge, although delayed until mid-June due to the COVID-19 pandemic, was anything but just another PGA Tour event.

The tournament began on June 11 and it was the first major live sporting event on TV other than a few UFC fights and NASCAR races since the middle of March. Accordingly, the Charles Schwab Challenge generated major-like interest and its field looked like that of a major championship. Signaling a fresh start after 93 days without the PGA Tour, eight of the top 10 players worldwide entered the tournament.

Sunday, June 14 was a perfect storm for The Tour. With no other major sports competing for the attention of potential viewers and four of those eight players near the top of the leaderboard, people watched. A lot of people.

The networks’s return to PGA Tour golf delivered the tournament’s most-watched final round in 16 years.

According to an article by Dino-Ray Ramos of Deadline.com, “The final round averaged 3.09 million viewers which is an increase of +50% from last year. The national average household rating also was up +50% with a 2.1. The audience for the final round peaked at 3.88 million viewers and a 2.6 rating/share from 5:45-6:00 pm ET.”

Daniel Berger won the tournament, besting Collin Morikawa on the first hole of a sudden-death playoff. The win was Berger’s first triumph since 2017.

The PGA Tour took advantage of golf’s ability to be played in compliance with social distancing measures before the Charles Schwab Challenge, sanctioning two made-for-tv, four-man matches on consecutive Sunday afternoons in May.

First, on May 17, Rory McIlroy and Dustin Johnson faced off against fellow PGA Tour pros Rickie Fowler and Matthew Wolff in TaylorMade Driving Relief. Then, the following week, in somewhat of a sequel of last year’s match between Phil Mickelson and Tiger Woods, the two faced off again. But this time each had a famous playing partner. For Capital One’s The Match: Champions for Charity, Mickelson teamed up with Tom Brady and Woods played with Peyton Manning.

According to the same article on Deadline.com, Champions for Charity “delivered an average of 5.8 million viewers across TNT, TBS, truTV, and HLN on [May 24] afternoon. The network said it was the most-watched golf telecast in the history of cable television.”

Apart from viewership, the popularity of the actual game has also gone up in recent months.

According to the Washington Post, “Between April 23 and May 5, the number of rounds sold online at public courses that remained open throughout the coronavirus pandemic were up 60 percent over the previous year, according to GolfNow, an online tee time reservations platform used at nearly 7,000 U.S. courses”

The elimination of other alternatives may have been just what golf needed to gain more traction in the U.S. What remains to be seen is whether golf will still appeal to the masses when other sports return to action.