Several Iowa City and Cedar Rapids teams were among the best in the state last summer. 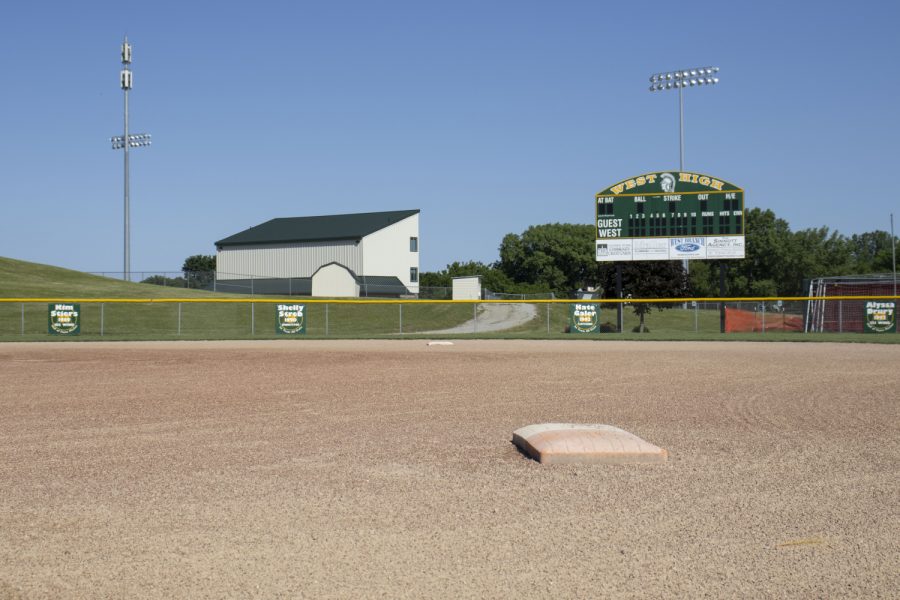 A softball field is seen on Saturday, June 13 at West High School in Iowa City.

After high school and college athletics programs across the country had to do away with spring sports this year due to the COVID-19 pandemic, one category has yet to completely succumb to the lockdown: Iowa prep summer sports.

Although some early games set to be played before the June date were cancelled, both prep baseball and softball are heading straight into the season with less preparation than usual.

However, the pandemic might lead to a surprise or two in the 2019-20 season outcome; of the prep teams competing this summer, Iowa City’s or Cedar Rapids’ high schools could come out on top based on the stellar performances of 2019.

The Trojans’ RBI and home run totals each ranked fourth in the state for that year. The team finished with a record of 24-6. They clinched wins at the 4A Substate 5 Play-in Round and Substate 5 Championship, ultimately advancing to the 4A State Quarterfinal but falling to Urbandale 10-2 in the semifinal.

Those leading the charge included former senior Ryan Cooper in hits (54) and RBI (52), and then-sophomore pitcher Marcus Morgan in wins (10) and strikeouts (105).

Similarly, Xavier High School of Cedar Rapids had an impressive season, losing only two games out of 30. As a Class 3A team, the Saints’ consistency undeniably paid off, where they continued to nab wins until overcoming Central Dewitt 8-1 in the 3A State Championship.

The Little Hawks at Iowa City High made major strides last season, ending the summer with a 27-3 Mississippi Division record and the second highest home run total in the state (56).

Players like then-sophomores Carey Koenig – who recorded 62 hits and 54 RBI – and Ayana Lindsey – who had 21 wins and 172 strikeouts – steered the varsity girls’ team to the Region 5 Championship, State Quarterfinal, and State Semifinal. In the Semifinal, Iowa City High lost to Valley High, 4-2, but the Little Hawks came back to beat the Johnston Dragons 6-3 in the State Consolation.

While Cedar Rapids Kennedy lost to City High in the State Quarterfinal 10-2, the Cougars still ranked at the top of the Valley Division last year with a 29-1 overall record and a Region 4 Championship shutout win against Cedar Rapids Prairie. The Cougars roster consisted of then-sophomores Addie Parker and Jayme Scheck, as well as then-juniors Abby Spore, Kaylin Kinney, and Mary Krystofiak.

With the previous summer’s track record in mind, the 2019-20 prep baseball and softball seasons are bound to be interesting for Cedar Rapids and Iowa City schools alike.