A total of three positive tests have been received since testing began May 29. 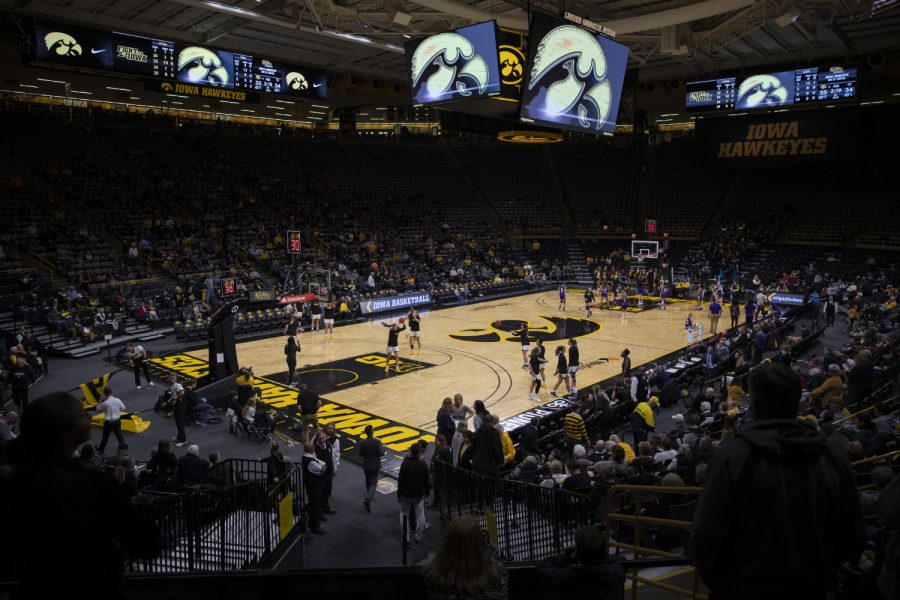 Carver Hawkeye Arena is seen during a Women’s basketball game between Iowa and North Alabama on Thursday, Nov. 14, 2019. The Hawkeyes defeated the Lions, 86-81.

The Iowa Athletics Department announced Monday that it had conducted 109 COVID-19 tests for the week of June 8-14 and received two positive tests.

As part of the return to campus protocol, testing began May 29 and includes student-athletes, coaches, and staff. A total of three positive tests and 343 negative tests have been received.

Following a positive test result, protocol established by UI Athletics and medical staff, including contact tracing procedures, is being followed to ensure the safety of all UI Athletics student-athletes and staff, according to a release. This mandatory protocol also includes isolation for the individuals who test positive, and quarantine for those individuals who might have been exposed to someone with the virus.