The Iowa City Community Police Review Board’s authority is under review as local advocates call for the board to have more power in holding local police accountable. 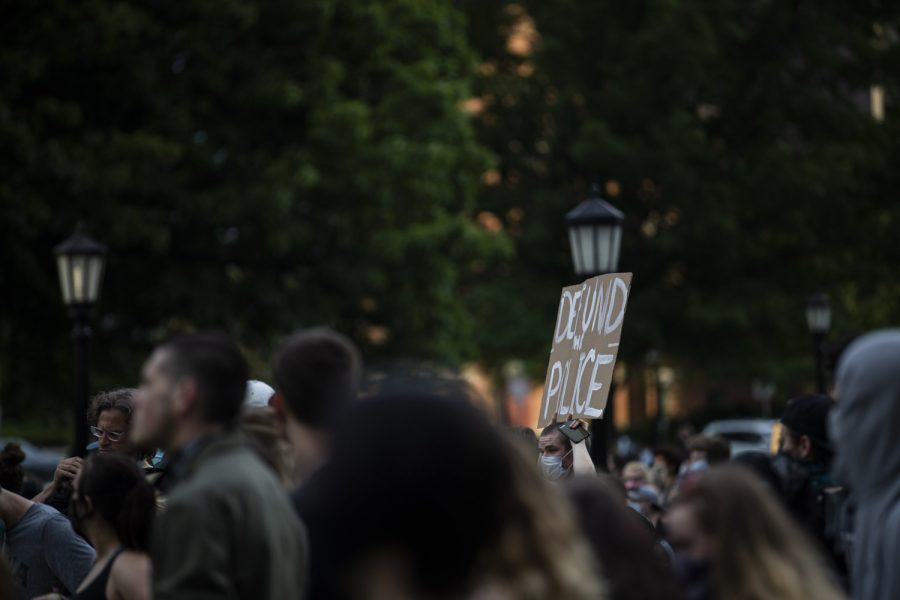 Protester Ezra Edgerton holds a sign above a crowd that says, "defund the police." The crowd is gathered on the east side of the Pentacrest and listening to speeches from organizers and city council members before beginning a march to support the Black Lives Matter movement and protest police brutality on Thursday, June 4 in Iowa City.

The Iowa City Community Police Review Board is facing scrutiny after demands for addressing injustice and misconduct in the Iowa City Police Department included revising the board’s role to have more power in investigating and holding local officers accountable.

The Iowa Freedom Riders, a group that has organized weeks of ongoing protests throughout Iowa City, have listed 12 demands for the Iowa City City Council, including dropping all charges against protestors, a full publication of the Iowa City police budget, and reforming the Iowa City Community Police Review Board so that it would be able to enforce recommendations, among other things.

The City Council will look into ways to develop and expand the powers of the Community Police Review Board, but according to the City Manager’s office and city councilors, it must navigate state laws to determine what legal authority the board can possess.

City councilors met with the Iowa Freedom Riders during a special work session on June 9 to hear the organization’s demands for legislative reform and significant diversity and inclusion training within the Iowa City Police Department to hold officers more accountable for their actions.

“Reforming the Iowa City Community Police Review Board so that it has real power, including, but not limited to, the ability to subpoena officers,” the group’s demands state. “The reformed CPRB must also have the ability to enact and enforce measurable consequences when the board recommendations are not followed or implemented.”

RELATED: Closing the gap between police and IC Community Police Review Board

City Councilor Janice Weiner, the review board’s city-council liaison, said that there were many factors the council needed to consider in regard to the board’s power and limitations. 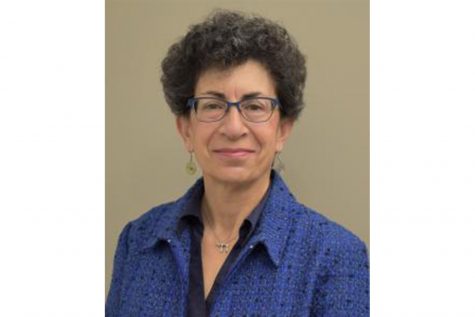 There have been multiple attempts in past years to change the board’s authority, she said, however the matter has been pushed aside many times as it runs into state laws.

“What we are looking at now is how to get creative with the Community Police Review Board,” Weiner said. “We need to determine how the board can hear directly from officers. It can only do so much right now, so one of my top priorities is to make the process more transparent so the board knows where cases go and why.”

To her understanding, Weiner said privacy and legality are among various reasons the board is unaware of the disciplinary actions that follow their recommendations to the City Manager and Chief of Police.

Community Police Review Board Chair Monique Galpin said during a public forum via Zoom on June 9 that the City Manager and Chief of Police are the only individuals that know the outcome of the board’s recommendations following a complaint.

City Manager Geoff Fruin confirmed this and said that — under state law — discipline taken against city employees, including police officers, is prohibited from being made public. He said the review board does not receive a formal follow-up report for this reason, and that they are contacted if a policy review or additional recommendations are needed.

Community Police Review Board member David Selmer said in the same June 9 forum that one of the board’s better powers is to expose what is happening in the Iowa City community so that there is a public set of eyes independently reviewing the police.

“We do not just go along with whatever the police decide,” Selmer said. “The chief will make his decision and we can make ours as well. We make a public report, but after that, we do not have any way of knowing or enforcing the policy. We do not get to enforce discipline.”

Fruin said legal change will need to occur on the state level to grant the review board more authority, in addition to any local actions taken by the City Council.

“The City Council and city staff are very open to making modifications,” Fruin said. “A year ago, the [board] was reviewed and a city-council liaison was established. Discussions continue to be ongoing.”

As of June 9, Galpin said that one complaint was filed related to the recent protests that began June 1, however no information on the complaint could be released at that time.

Patrick Ford, legal counsel for the Community Police Review Board, said there are legal restrictions and constitutional laws that prohibit certain levels of involvement in the police department. Ford said he does not have authority to make legal changes to the city ordinance to grant the board more powers.

City Attorney Eleanor Dilkes said in chapter 400 of state law civil service provisions, the authority to discipline resides with the police chief and City Manager. She said changes that are made will have to go through Iowa City and then the state, and the amount of change depends on the demands.

Dilkes said that the Iowa Freedom Riders’ demand for the board’s ability to subpoena will be a challenge as it is under federal law, as well.

“The issue is that under constitutional law, the police chief has the ability to compel testimony to be used in an internal investigation as part of the officer’s employment,” Dilkes said. “That testimony cannot be used in a criminal case.”

She added that 5th amendment rights create complications as well, as the right against self-incrimination creates challenges for the review board to subpoena.

Dilkes said that another change that could occur would be to change the standard of review used when reviewing the police chief’s report. When given the report, she said, the Community Police Review Board determines additional investigating and applies a reasonable-basis standard of review.

She said the police chief’s decision can only be reversed or modified if they find that the decision is unreasonable or contrary to federal, state, or local laws.

“I have not done this research in some time,” Dilkes said. “We need to revisit all issues before we can give [the City Council] any current conclusions on how to proceed.”

Selmer said it is essential for the community to understand that the board was created to serve as advisers to the police department, not to be jurors or judges — however it would like more control over their recommendations.

“We have to walk a fine line,” Selmer said. “One of the reasons for this is because we want to be more informed in the direction of the police department. We are not trained professionals, but we have an interest in this. We do not have a lot of say on what should be the outcome. It would be nice to have a bit more impact with our decisions.”