New donors help the center collect nearly as many donations as they did this time last year, but lack of supplemental donations leads to shortages. 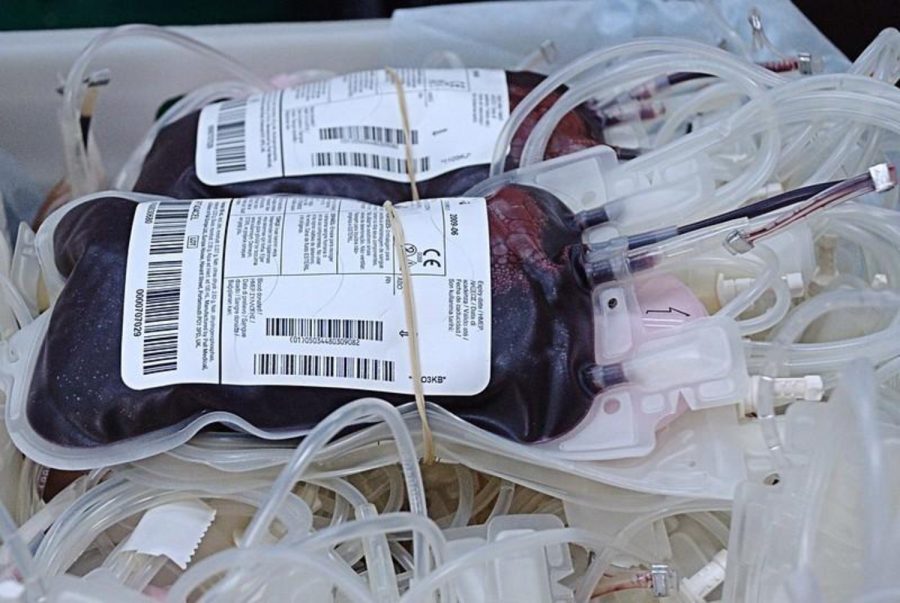 The Red Cross is seeking blood donations after the cancellation of blood drives created a shortage. Photo by Antonio via Flickr.

As healthcare professionals continue to respond to the global spread of the coronavirus, hospitals are voicing concerns about another medical issue stemming from the pandemic — a shortage in blood supply.

University of Iowa Hospitals and Clinics is experiencing a shortage in blood, particularly Types O- and O+. All donations collected by the UI’s DeGowin Blood Center go to UIHC, however DeGowin also purchases blood from drives that have been unable to collect as much of a supply as they normally do, said Donor Center Supervisor Kerry DuBay.

DeGowin began holding satellite drives when COVID-19 cases began to spread throughout the state in March. Initially at Carver-Hawkeye Arena, the drives moved to the Old Museum of Art on June 9, where DuBay anticipates they will remain through July.

Blood drives are typically held in schools, churches, offices, and community groups, DuBay said, so DeGowin was unable to collect donations at those sites once they stopped gathering.

Donations typically decrease in the summer season because so many UI students leave campus and Iowa City. Despite this factor, and the coronavirus, DeGowin has been able to collect a similar number of donations as this same time last year, DuBay said.

“We’ve seen a lot of new donors,” she said. “A lot of hospital staff, university faculty and staff, and students who are still on campus have done a great job of turning out for our blood drives here on campus.”

DeGowin registered 364 new donors between March 16 and June 10. In that same window of time in 2019, the center registered 279 new donors — 130 of which were students from high-school drives.

Jessie Hinrichs, a blood-drive coordinator at DeGowin, researched the coronavirus and gathered recommendations from the Centers for Disease Control and Prevention, the World Health Organization, and clinical experts at UIHC to determine how blood drives could continue safely amid the pandemic.

“Before COVID, we were used to having 30 people in an area, just kind of pushing them through and getting everyone to donate, which meant we could collect a lot more blood,” Hinrichs said. “But now, we really have to kind of slim down on how many we take, just to help the process [and] ensure it’s the safest possible environment.”

New safety precautions include scheduling appointments ahead of donation time, wiping down all surfaces that donors touch, and requiring donors to wear masks. Donors are prescreened and have their temperature taken before registration.

Tippie College of Business Associate Dean Ken Brown has donated blood since he was in high school, but said he hadn’t donated for a year when he saw the UI’s need for Type O blood and decided to give. Brown, an O+ donor, donated in the Feller Club Room when the satellite drives were still at Carver-Hawkeye.

“There’s a lot of need, so it’s a great way to give back… Everything was so spaced out and everything was sterilized,” Brown said. “I mean they always do a good job, but it’s pretty remarkable, just how easy they made it and how safe I felt.”

Austin Wu, a recent UI graduate, donated during his spare time over spring break in the 2020 semester.

“I was able to, so I felt kind of obligated,” he said. “It’s something I try to do a couple of times a year anyway, but especially given the current need.”

One needle in the donor’s arm for five to 15 minutes can make a huge difference in the life of a hospital patient and their family, DuBay said.

Donors should think about who they are giving blood for, Hinrichs said.

“There’s so much need — there’s patients from all ages — if they’re premature babies on up,” Hinrichs said. “And those are the patients that, by donating, you’re touching their lives.”