The State Fair board voted 11-2 to postpone the fair until 2021 — the first time the annual state fair has been canceled since World War II. 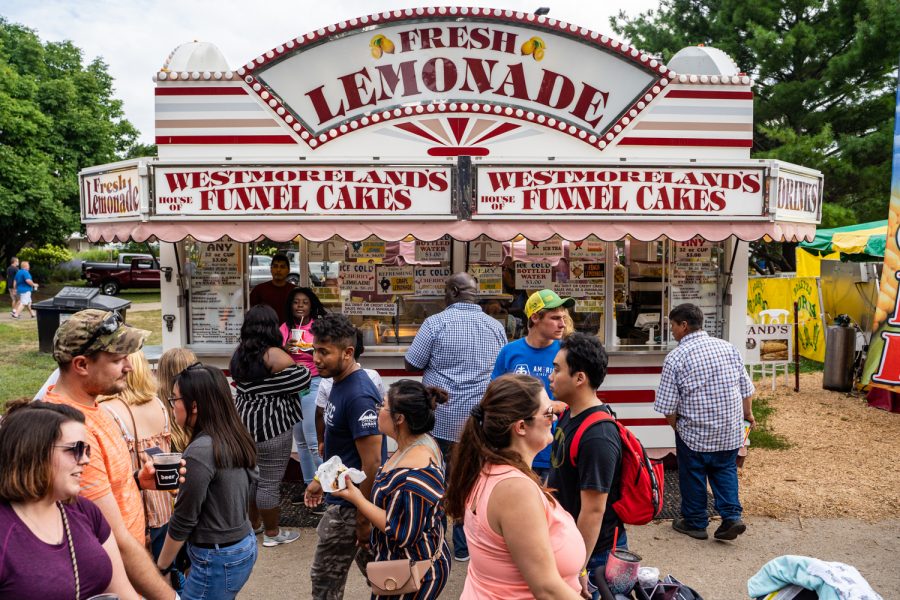 Attendees walk about during the Iowa State Fair in Des Moines, IA on Sunday, August 11, 2019.

The Iowa State Fair Board voted to cancel the 2020 State Fair to prevent the spread of COVID-19. The fair was scheduled for August 13-23.

The decision was made during a seven-minute board meeting Wednesday, led by Iowa State Fair Board President Dave Hoffman.

“We have one main item to discuss today, and we’ve been discussing for months, the feasibility of having a 2020 Iowa State Fair during this COVID pandemic,” Hoffman said at the opening of the meeting.

Jerry Parkin, an Iowa State Fair Board Member from Earlham, made a motion to postpone the fair until 2021 and have the board explore scheduling livestock shows in August, which was seconded by board member John Harms from Monticello. The motion passed 11-2.

“We will begin working as staff as diligently as possible on that question of the junior livestock show and get back to the board as quickly as possible,” said Gary D. Slater, the board’s secretary.

The Iowa State Fair has taken place almost every year since 1854, and has been canceled only five other times  — including because of the World’s Fair, Spanish-American War, and World War II. According to the State Fair website, last year’s event was the largest Iowa State Fair in history, with about 1.17 million attendants.

“This decision is pretty monumental – the first time since World War II that the Iowa State Fair has been canceled for this year,” Hoffman said. “Sorry to report that, but it is what it is.”