As Iowa City pools remain closed for the summer season, many residents are seeking alternative swimming sites at state parks like Lake Macbride. 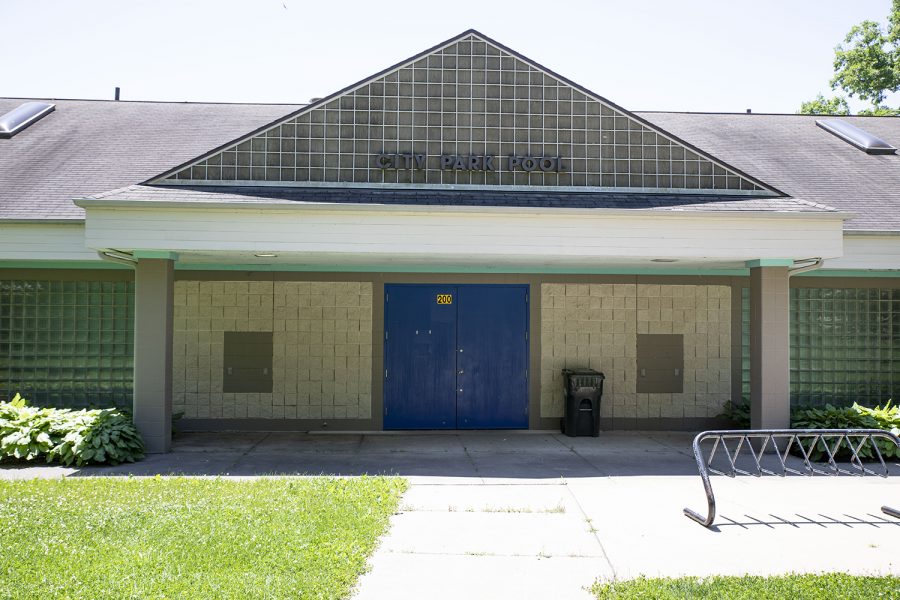 Local state parks and lakes are seeing an increase in visitors as pools remain closed in an effort to prevent further spread of the novel coronavirus.

Along with other cities in the state such as Des Moines and Cedar Rapids, Iowa City recently announced that its pools and other aquatic centers would remain closed for the summer season, despite Iowa Gov. Kim Reynolds giving the green light for pools to open for swimming lessons and lap swimming as early as May.

On Wednesday, Reynolds announced that Iowa pools will be allowed to open at full capacity beginning June 12. No Iowa City pools have announced plans to reopen as of Wednesday.

Iowa City Parks and Recreation Director Juli Seydell Johnson said she knows the closure of City Pool will have a particularly negative impact on the city, but such a course of action was important to ensure the health, safety, and well-being of Iowa City residents.

Even if pools were allowed to open, she added, there would have been a shortage of workers — many people who work as lifeguards during the summer are college students who left Iowa City when the University of Iowa shifted to an online format in its spring semester.

The city will benefit financially, however, from the pool closures this summer, Seydell Johnson said.

“The city will save around $225,000 that it normally spends supporting the pools,” she said.

With the closure of pools and other summer attractions such as amusement and water parks, sports, and concerts, local state parks like Lake Macbride have seen an increase in visitors.

According to Iowa Department of Natural Resources Director of Communications Alex Murphy, there has been an increase in the number of people opting to swim at Lake Macbride’s beach compared to the early summer season in 2019.

The staff at Lake Macbride is taking extra precautions that aim to help visitors remain safe and healthy, such as encouraging them to bring their own hygiene products, dispersing larger crowds into smaller groups, and opening restrooms to allow for handwashing.

“Ultimately, it is up to the individuals themselves to take personal responsibility for their health and maintain proper physical distancing and if they choose to wear masks,” Murphy said.

Koch said people visiting popular swimming sites and alternatives to Iowa City pools should take certain precautions like not renting shared pool items unless necessary. He added that going to a park beach poses the same risks as going to a public pool, and people at particular risk for COVID-19 should not go.

“You are still sharing the same water with people and people often will not be following social distancing or wearing masks,” Koch said.