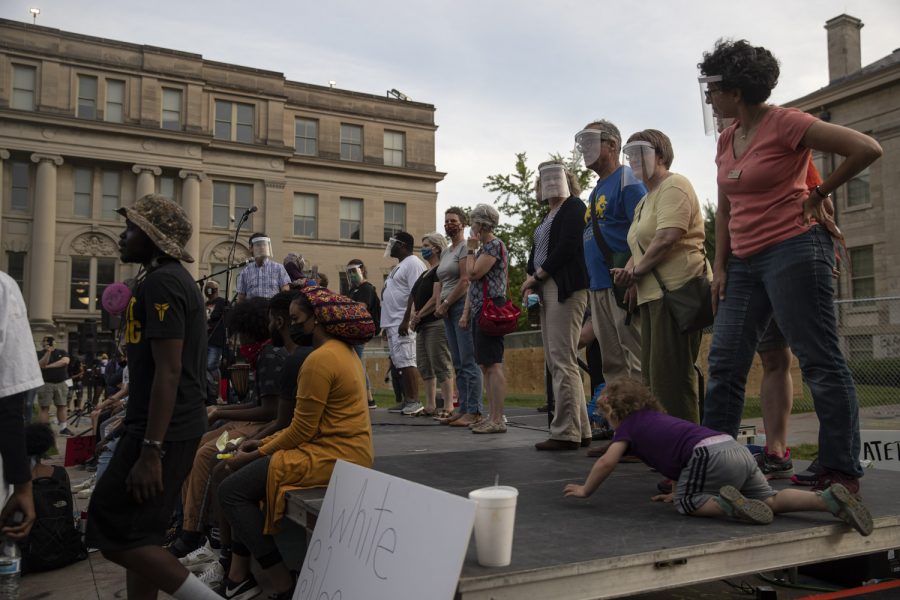 Iowa Sen. Joe Bolkcom, D-Iowa City, was the first elected official to address a crowd of protesters from a stage on the Pentacrest prior to the start of a march to support the Black Lives Matter movement and protest police brutality on Saturday, June 6 in Iowa City. The stage was positioned about 20 feet in front of a fence that was built to block off the Old Capitol after protesters had spray painted it during the week's earlier protests. It was the sixth straight night that a march was held in Iowa City and elected officials from the city, county and state levels lined up on the stage to speak to the demands of the protesters prior to the beginning of the march.