Gov. Kim Reynolds and other officials requested egg producers be included in federal assistance to farmers in a letter Wednesday morning. 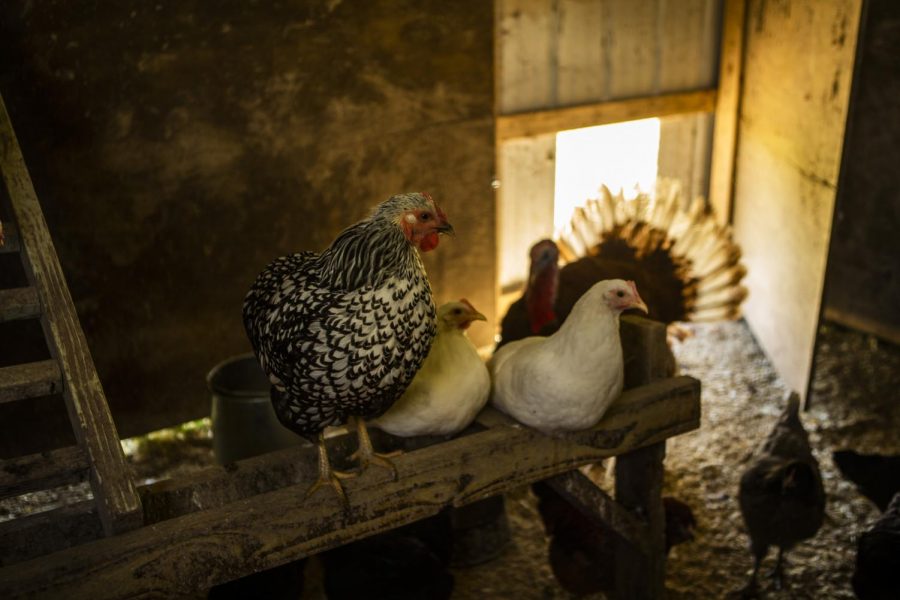 Patrick the turkey looks over the chickens in Corbin Scholz's chicken coop.

Iowa Gov. Kim Reynolds and other officials signed a letter Wednesday asking for egg producers to be included in the U.S. Department of Agriculture’s recently revealed Coronavirus Food Assistance Program.

“When the liquid/food service market (e.g. restaurants, schools) slowed, a significant share of the market went away,” the letter said. “With nearly 70% of the Iowa’s layer flocks producing for the liquid egg market, the COVID19 disruption has proved to be devastating. These market conditions warrant liquid egg producers for inclusion in the CFAP.”

The Coronavirus Food Assistance Program, which was announced May 19, draws on $16 billion in funding from the CARES Act and the Commodity Credit Corporation Charter Act to provide direct payments to farmers and ranchers who have suffered losses during the pandemic.

Farmers eligible for the assistance include producers of certain crops, wool, livestock, and dairy. Iowa officials argue in Wednesday’s letter that egg producers have incurred enough losses to be added to the program.

A press release from the USDA says the program is directed at products that have suffered a decline of 5 percent or more since January.

While the shell egg market prices increased in April because of increased shopping at grocery stores, the letter says liquid egg prices dropped 68 percent between mid-January and mid-April.

“Markets for egg products, especially liquid eggs, are likely to be affected for some time by the decline in food service demand and restaurant traffic is unlikely to return immediately to normal levels,” the letter said. “Even as more states are able to safely reopen, social distancing measures will continue to limit the number of customers that are able to consume these products.”

Iowa’s egg industry generates $2.6 billion in economic activity, according to the letter. Iowa’s 58 million egg-laying hens are responsible for around one in six eggs consumed in the U.S. annually.

In April, Reynolds and the other officials sent a similar letter asking for assistance for Iowa’s pork producers. Hog farmers are included in the USDA’s assistance program.