Iowa City leaders to hold ‘Speak Up, Speak Out’ series for community

The Iowa City community is encouraged to come and be heard by city leaders, including Mayor Bruce Teague, at three events that will be held at three separate Iowa City locations. 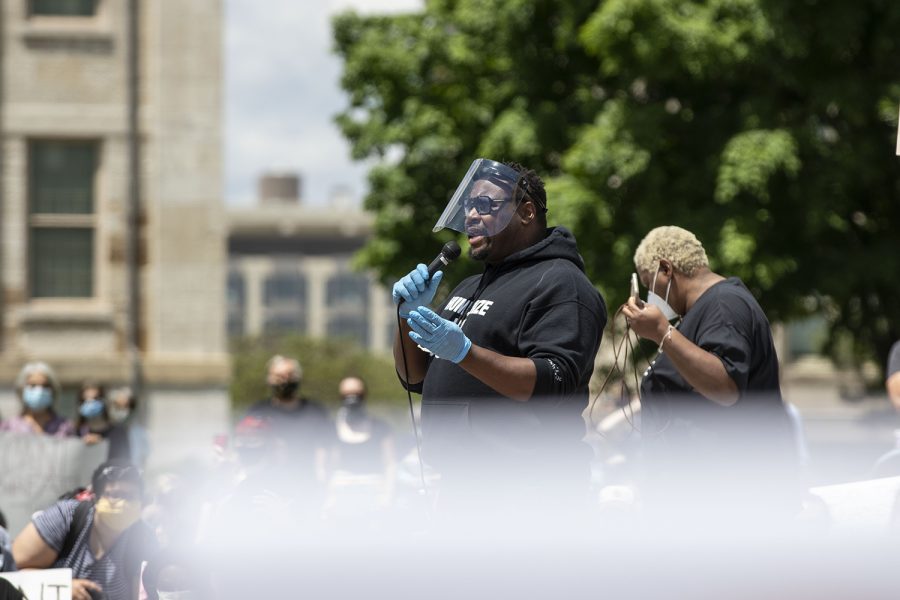 Iowa City Mayor Bruce Teague speaks during the Say Their Names rally on the Pentacrest on Saturday, May 30, 2020. Iowa City community members gathered to remember George Floyd, Ahmed Arbury, Yassin Mohamed and others. Money was collected during the event which went in donation to a vehicle procession carrying protesters going to Minneapolis. There were about five vehicles leaving directly following the rally.

Three public events over the span of four days this week will give members of the community an opportunity to have their voices heard by Iowa City Mayor Bruce Teague and other community leaders, according to a Tuesday press release.

The series of events, titled “Speak Up, Speak Out” will take place in three separate Iowa City neighborhoods from Wednesday to Saturday, with no events taking place on Thursday. Mayor Bruce Teague and other community leaders will speak at the three events and listen to members of the community speak, according to the release.

The release stated that the events were organized after protests have taken place in Iowa City and across the nation in response to police violence against black people and the killing of George Floyd, a 46-year old black man who died after a police officer knelt on Floyd’s neck for at least eight minutes.

Attendees are encouraged to wear face masks, face shields, and to practice social distancing at the events to help mitigate the spread of the novel coronavirus.

The three Speak Up, Speak Out events will take place at the following times and locations: