Des Moines businesswoman Theresa Greenfield took nearly half of the vote in Iowa’s Democratic Senate primary, beating out three challengers. She will face off against Sen. Joni Ernst in the November general election. 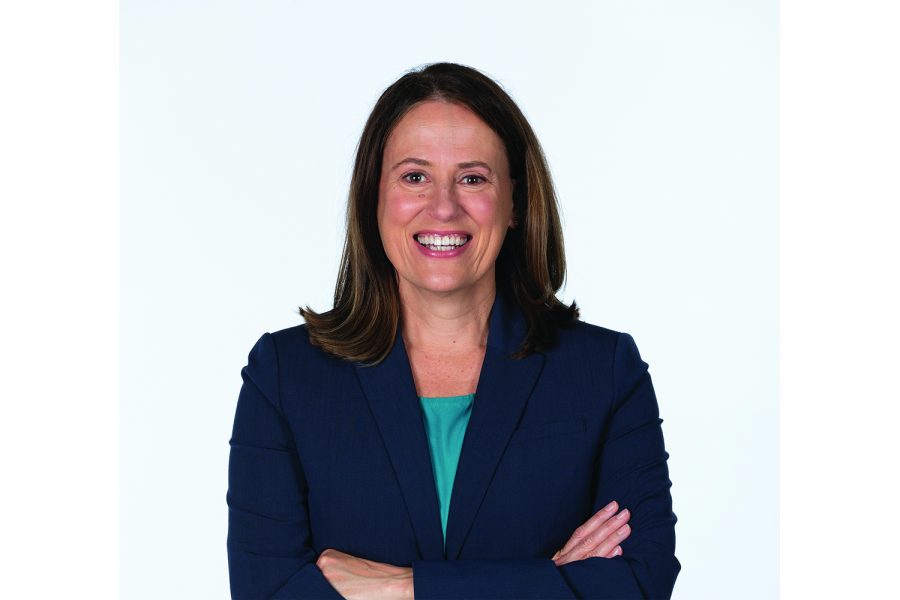 Greenfield, 56, was endorsed by the Democratic Senatorial Campaign Committee and raised substantially more money than her challengers, ending the first quarter of 2020 with more than $6 million in contributions from individuals and political action committees.

In a Facebook live video from her home Tuesday night, Greenfield laid out her plan for her campaign and her platform in Congress. She spoke about strengthening social security and unions, increasing access to health care, and campaign finance.

“Senator Joni Ernst said she promised to be independent and different, and she said she would “make ‘em squeal,’” Greenfield said. “Instead, Washington is more corrupt and broken today. Senator Ernst has taken $1.9 million in corporate PAC donations and puts those corporate PAC donors ahead of us.”

The Daily Iowan previously ran a fact-check on her no-corporate-PAC pledge, rating her claim that she refuses corporate PAC donations Mostly True.

“Senator Ernst voted for a fossil fuel lobbyist to run the EPA,” she said. “Who promptly issued 85 RFS waivers. I’ll fight to get our markets back and to protect our ethanol industry.”

Greenfield faced three challengers in the primary, with retired Navy Admiral Michael Franken, who was endorsed by the Des Moines Register, coming in second with 25 percent of the vote.

“It is…with sadness but with profound respect that I concede this race,” Franken said in a statement Tuesday night. “I fully endorse Theresa Greenfield as she carries forth the mission of defeating Joni Ernst.”

Other challengers included attorney Kimberly Graham who received 15 percent of the vote and businessman Eddie Mauro, who received 11 percent.

Democrats see Iowa’s senate race as one of many key races to help flip the Senate in 2020. Once rated as a toss-up state on the Cook Political Report, the report now shows the race leans Republican.

Ernst’s popularity has been faltering in the lead-up to the general election. While a plurality of voters — 41 percent — said they’d definitely vote to reelect Ernst in a March Des Moines Register poll, her approval rating fell from 57 percent in February 2019 to 47 percent in March, according to the poll.

Iowa Democratic Party Chair Mark Smith released a statement Tuesday night congratulating Greenfield on her victory and showing appreciation for the other candidates in the race.

“From strengthening health care and workers rights, to protecting Social Security and our ag economy, there are urgent jobs that need doing in Washington,” Smith said in the statement. “Senator Joni Ernst’s broken promises aren’t getting them done – but on November 3, Iowans will send a scrappy farm kid to the U.S Senate who will.”