In the 2020 Primary Election, Christina Bohannan won the Democratic nomination for Iowa house against veteran politician, Vicki Lensing. Bohannan won with 66 percent of the votes. 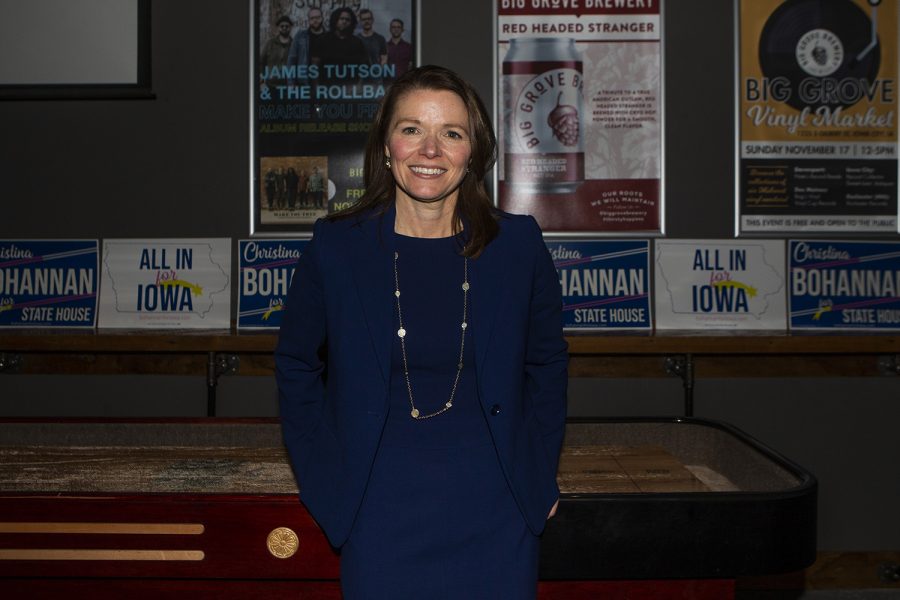 The current Hawkeye ran against former Hawkeye Vicki Lensing, who has held the house seat since 2000, after kicking off her campaign in November of 2019.

Although Bohannan is new to the political world, she has plans for her Iowa House seat. Bohannan hopes to raise awareness for progressive issues and appropriate more money for education, healthcare, the Iowa workforce, and green initiatives.

“I am incredibly honored and privileged to represent Iowa City,” Bohannon said. “My team and I have made thousands of phone calls talking to local Iowans and we have found them so caring and thoughtful.”

Bohannon picked up key endorsements received from leaders in the Iowa CIty and Johnson County throughout April and May.

“My first priority will be to flip seats in the house. I don’t think we can do what we want in the legislature without doing so. We need to bring balance in the legislature and we are so close to doing that in flipping the house. We only need four seats, and there are some really great Democratic candidates out there,” Bohannon said.

Republicans have a trifecta in Iowa government, holding the House, Senate, and governor’s office. Many Democrats are looking to the Iowa house to be the most attainable to flip in their favor. There are no Republican candidates running for this house seat, making Bohannon the likely winner of the general election in November.

The law professor pulled off a candidacy against a veteran politician, and she hopes to make change in legislature in her seat.

“I really appreciate Lensing’s service. She serviced for 18 years and that is truly a public service,” Bohannon said. “During her time in the House, she was in the minority and that can be very difficult. She served with honor and worked hard.”