‘Individually, one person at a time, we can make a change’: Iowa AD Gary Barta releases statement speaking out against racism

The message is accompanied by a video created by Iowa student-athletes this past spring. 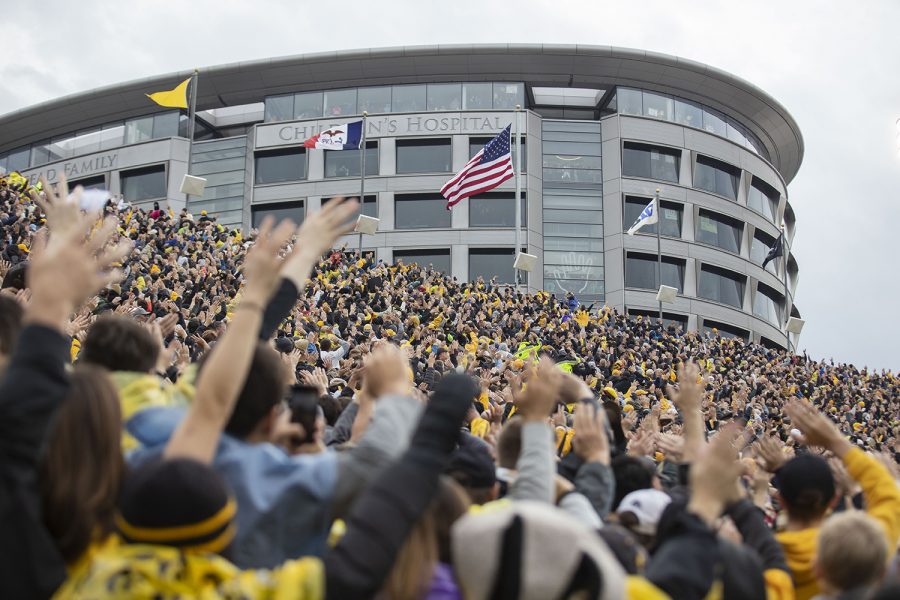 Iowa fans wave to patients in the Stead Family Children’s Hospital after the first quarter of the Iowa football game against Purdue at Kinnick Stadium on Saturday, Oct. 19, 2019. The Hawkeyes defeated the Boilermakers 26-20.

The killing of George Floyd in Minneapolis has sparked protests and riots around the country.

Hundreds gathered at the Pentacrest in Iowa City Saturday to rally against police brutality. Local leaders took turns speaking in front of the crowd.

“As I shared with our staff yesterday, we need to re-commit ourselves to speaking out against racism, and to make sure every University of Iowa student-athlete, coach, and staff member feels safe, supported, and that they have a voice,” Barta said in a statement Monday. “I’d ask you to join me in coming together to love, care, listen, and always do the right thing. Individually, one person at a time, we can make a change. The video written by our student-athletes this past spring says it best. Be a H.A.W.K.E.Y.E.”

The video Barta is referencing was added in an additional tweet by The Iowa Hawkeyes Twitter account. It features Barta, University of Iowa President Bruce Harreld, and Iowa student-athletes and staff members speaking an inclusive pledge.