Warren put out an open letter on Monday. 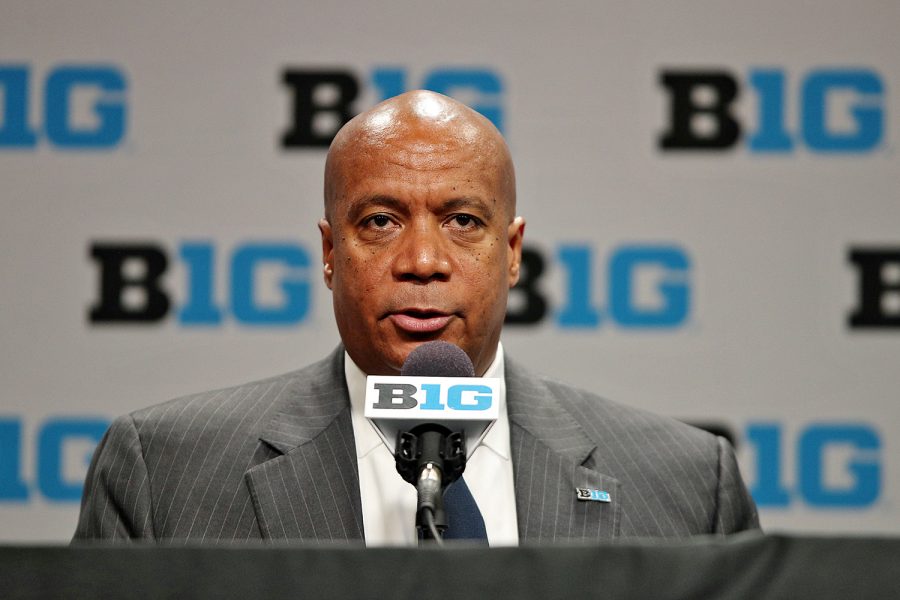 Big Ten Commissioner Kevin Warren announced in an open letter Monday the creation of the conference’s Anti-Hate and Anti-Racism Coalition.

Warren said in his letter that he invites student-athletes, coaches, athletic directors, chancellors, presidents, and others to join him. Additionally, Warren said he and his wife, Greta, have made an initial donation of $100,000 from the Warren Family Foundation to the National Lawyers Committee for Civil Rights based in Washington, D.C., which focuses on addressing issues regarding racism, hate, and voter registration.

On Monday, May 25, 2020, George Floyd, a proud Black man, was killed by a member of law enforcement in Minneapolis, Minnesota. Ahmaud Arbery, Breonna Taylor, Philando Castile, Emmett Till. The list goes on and on.

Prior to joining the Big Ten Conference as Commissioner and relocating to Chicago, my family had lived full-time in the Minneapolis area for over 15 years as I worked as an executive with the Minnesota Vikings in the National Football League. Our kids were raised in Minnesota and attended school in Minnesota before leaving for college and the people of the great state of Minnesota are part of the fabric of our entire family.

As a Black man, I pray every day for the health and safety of my wife and children, especially during interactions with law enforcement. We continue to see inequality and deep divide regarding how members of the Black community are treated compared to the rest of society and too often, the results have been horrific and senseless. Such racism and inequality are pervasive, not just endemic in law enforcement.

Meaningful change will only occur if, as a nation, we are united, resilient and determined to create difficult, uncomfortable dialogue and take significant tangible action. We all need to strive to make the world a better place. One person, one family, one city, one state, one conference, one country.

I have made the decision to create the Big Ten Conference Anti-Hate and Anti-Racism Coalition and invite student-athletes, coaches, athletic directors, chancellors, presidents and others to join me. I have already received powerful notes of support and interest in joining this coalition and look forward to partnering with the existing diversity councils on our various campuses. It is critical that our student-athletes possess their rights to free speech, their rights to peaceful protest and we will work to empower them in creating meaningful change.

In closing, my wife, Greta, and I have decided to personally make an initial gift of $100,000 from the Warren Family Foundation to the National Lawyers Committee for Civil Rights based in Washington, D.C., which focuses on addressing issues regarding racism, hate and voter registration.

I will continue to pray, lead and take action to eliminate racism and hate in our country.