The UI is seeking the state Board of Regents' approval of the project description and budget for a new two-story, 8,400 square foot women's soccer facility. 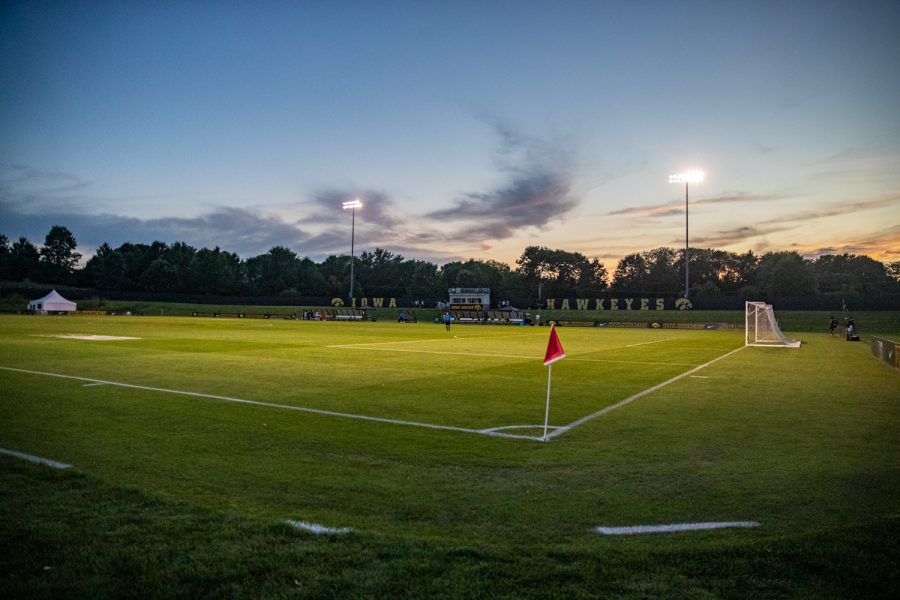 The Iowa Soccer Complex is seen during a women's soccer match between Iowa and Western Michigan on Thursday, August 22, 2019. The Hawkeyes defeated the Broncos, 2-0.

The University of Iowa is asking the state Board of Regents to approve the project and budget for a new women’s soccer complex facility.

This $3.9 million proposed project, unveiled Friday in regents documents, would build a two-story, 8,400 square foot facility to serve the Iowa women’s soccer team. The facility would be located at mid-field along the west side of the existing soccer field.

“We truly appreciate the support from our soccer alumni and friends,” Iowa Athletic Director Gary Barta said in a release. “These are challenging times, but the passion of these loyal individuals has pushed this facility forward and are making it a reality. We are coming off a historic soccer season and have significant momentum around the program. With permission to proceed from the Board of Regents, we look forward to beginning construction this fall.”

Construction on this project would start in late fall 2020 and be open in time for the fall 2021 regular season — the 25th season of Iowa soccer. In order to complete the project in summer 2021, the UI plans to utilize the Design Build delivery method, approved in April by the Board Office for projects under $5 million.

The Iowa soccer team currently utilizes space for locker rooms and offices at a remote location from the soccer field, the Hawkeye Tennis and Recreation Complex. The proposal says this new facility would improve the game-day experience for the team, and provide the resources needed for the soccer program to remain competitive with other Big Ten schools. The facility would also strengthen recruiting activities, donor cultivation, and alumni activities, according to regents documents.

The Iowa soccer team is coming off a 15-5-1 season in 2019. The Hawkeyes made their second NCAA Tournament appearance in program history and the first under Iowa head coach David DiIanni.

DiIanni is entering his seventh season as Hawkeye head coach. In his tenure, he was won 61 games. Last season, Iowa tied a school record with seven wins against Big Ten opponents. The program also reached its highest regular season ranking, coming in at No. 19 nationally.

“One of the most important things that we have done over the past six years is build a winning culture — doing your best on and off the field,” DiIanni said in a release. “Building an operations facility at the Iowa Soccer Complex is a game-changer for our program. This facility will significantly enhance our student-athlete experience. It has been a long-time vision for the program and we look forward, with support of others, to completing this campaign successfully and putting the ball in the back of the net.”