Gustafson is entering her second season with Dallas, while Doyle is one of three rookies for Indiana. 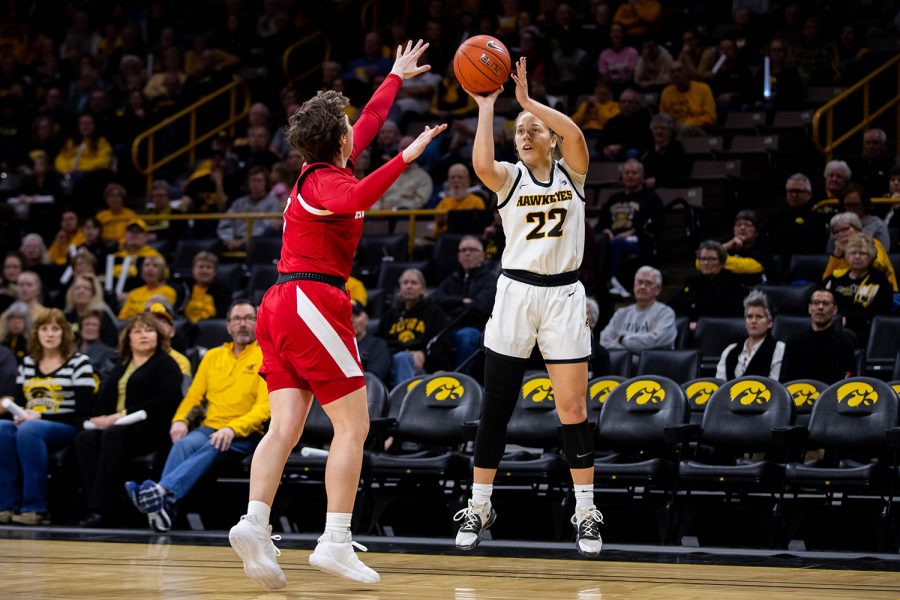 Iowa guard Kathleen Doyle shoots during a women's basketball game between Iowa and Nebraska at Carver Hawkeye Arena on Monday Feb. 6, 2020. The Hawkeyes defeated the Cornhuskers 76-60.

Former Iowa women’s basketball players Megan Gustafson and Kathleen Doyle have both made the final rosters of their respective WNBA teams.

Gustafson is entering her second year with the Dallas Wings. Last season as a rookie, Gustafson appeared in 25 games for Dallas and scored 73 points. Gustafson is listed as No. 10 on Dallas’ final 12-player roster. She wore No. 13 last season, but will now suit up with the number she had retired by the Hawkeyes.

Doyle was the 14th overall pick in the 2020 WNBA Draft by the Indiana Fever. She is one of three rookies to make Indiana’s final roster.

There is not an announced date for when the WNBA will start its season.