A rally in honor of George Floyd is slated to start at noon on Saturday. 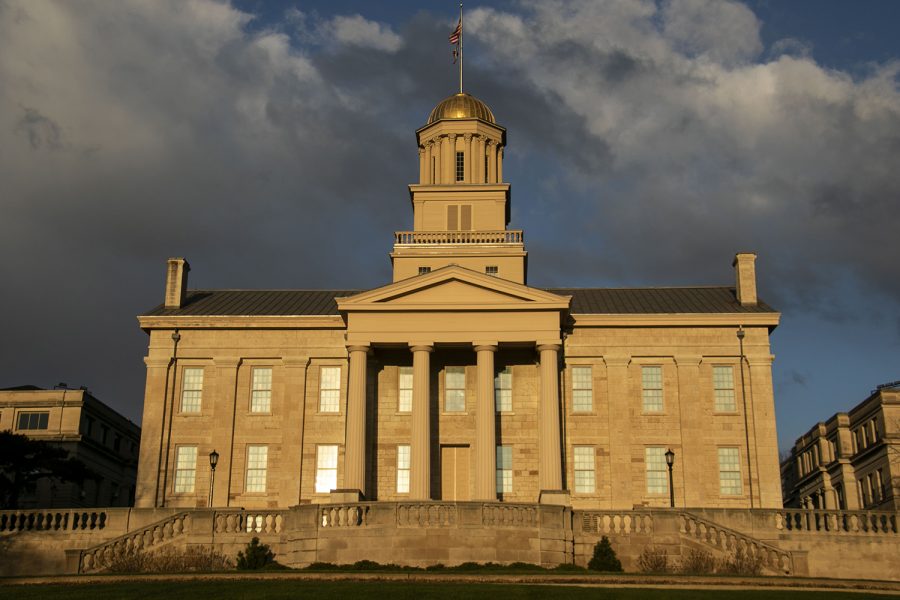 Iowa City activists have planned a rally set to begin Saturday at noon on the Pentacrest in solidarity with the Minneapolis protests and in honor of George Floyd.

Floyd died on Memorial Day after a Minneapolis police officer pressed Floyd’s neck to the ground with his knee for several minutes. Video captured of the encounter shows Floyd pleading with the officer, saying “I can’t breathe.” The Minneapolis mayor fired four officers involved with the encounter with Floyd. The officer, Derek Chauvin, was charged with third-degree murder and manslaughter, Minneapolis officials announced on Friday.

Organizers of the Iowa City rally are urging attendees to bring their own masks and to be conscientious of Centers for Disease Control public health recommendations to mitigate spread of the novel coronavirus. For those who can’t afford masks, organizers set up a GoFundMe page asking for donations for personal protective equipment, hand sanitizers, and gloves. The group plans to travel in a vehicle protest to Minneapolis after the rally.

Iowa City City Councilor and Mayor Pro Tem Mazahir Salih, said she’s assisted in some organizational tasks for the rally, and plans to bring masks and a bullhorn. She said she put in a request to the city to close certain streets near the Pentacrest for the protest, including Iowa Avenue and Clinton Street.

In an email to The Daily Iowan, Iowa City Police Public Information Officer wrote earlier in the day that plans were currently being developed concerning the planned rally, but that the city would share information that could affect traffic or pedestrians on social media pages and in press releases.

Scott Beckner, the assistant vice president and director of the University of Iowa Department of Public Safety wrote in an email to The Daily Iowan that Iowa City and University of Iowa law enforcement are working alongside organizers to help maintain the safety of the protesters and the public.

“The University of Iowa and Iowa City community are strongly committed to freedom of expression and frequently facilitate requests to gather peacefully,” he said. “Members of the campus and surrounding community are encouraged to consider their own safety and the safety of others while exercising their first amendment right. Iowa City and University of Iowa law enforcement are working alongside organizers to help maintain the safety of the protesters and the public,” Beckner wrote.

Salih said it’s hard to estimate how many people may show up to the rally as concerns of the spread of the novel coronavirus may deter people from attending. But, she said the importance of honoring Floyd and protesting against police violence for Iowans may bring out more people than they expect.

“We want to show that we, this is not acceptable because this has been happening over and over, again and again, and we just get tired, you know, tired from this.”

A study from researchers at Rutgers University and the University of Michigan released in 2019 found black men and women to be more likely to die from police violence than their white peers.

On Friday evening, University of Iowa officials expressed their outrage after Floyd’s death, and reiterated support for Floyd’s family, friends, and the Minneapolis community.

In an emailed prepared statement to The Daily Iowan from Executive Vice President and Provost Montse Fuentes and Vice President for Student Life Sarah Hansen, the two called Floyd’s death and violence against people of color unacceptable.

“As human beings we are heartbroken as once again a life has been taken at the hands of police officers,” the statement said. “The killing of George Floyd is the latest example of law enforcement failing to follow through on their oath to protect and serve, and we stand with our community to voice our outrage. No one should feel that their race or any aspect of their identity makes them a target. This kind of violence is unacceptable and must be denounced by the entire community. We will not tolerate anything but a safe and inclusive campus for people of all backgrounds.”

The Iowa City Interim Police Chief Bill Campbell also condemned the Minneapolis police officers on Friday, saying in a prepared statement that “Like many of you, I watched the video in disbelief, sadness, and frustration, as those who took an oath to protect us, failed to make good on that promise.”