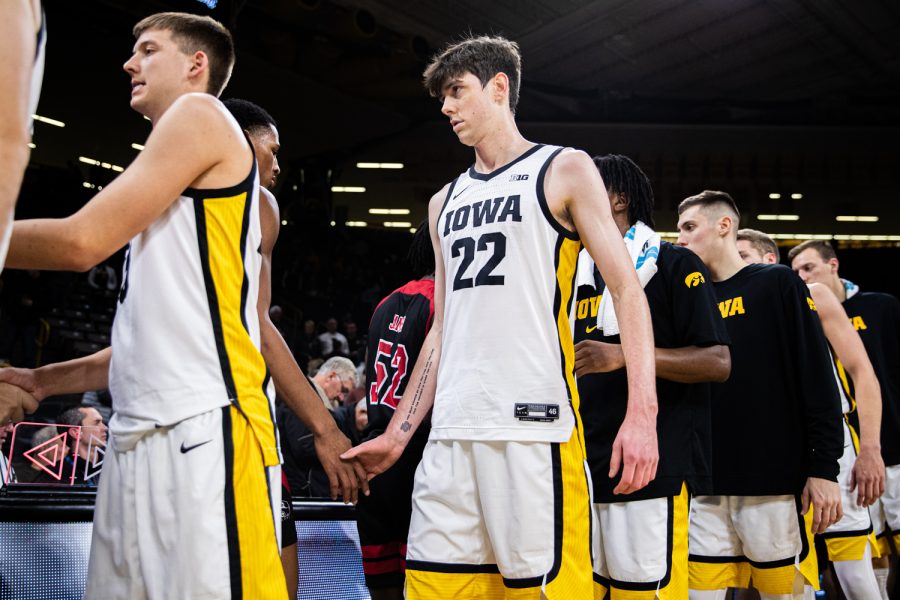 Iowa forward Patrick McCaffery shakes hands after a men's basketball game between Iowa and Southern Illinois-Edwardsville at Carver-Hawkeye Arena on Friday, Nov. 8, 2019. McCaffery finished 2 of 7 from inside the paint and had 4 rebounds on the night.

McCaffery saw limited action in the first two games of his true freshman season before missing the remainder of the 2019-20 season due to residual health and wellness issues related to his thyroid. McCaffery developed thyroid cancer in March of 2011. He was declared cancer free after his treatment.

Iowa head coach and Patrick’s father, Fran McCaffery, previously said that the residual health issues Patrick was going through related to his previous battle with cancer, but that the cancer was not back and the issues were not life threatening.

Patrick McCaffery joined the Hawkeyes after a prep career at Iowa City West High School. He left as the Trojans’ all-time leading scorer. A three-time all-state honoree, McCaffery also won a 4A state championship in 2017.