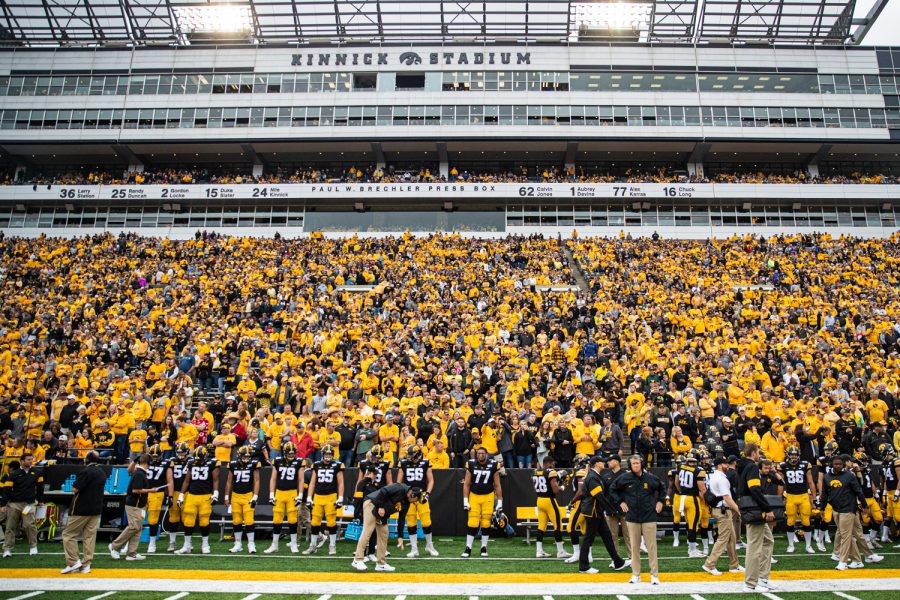 Iowa Athletic Director Gary Barta said Thursday on a video conference that he is not ruling out Hawkeye football games being played in front of a full capacity Kinnick Stadium this season.

“I’m still, and my staff are still, planning for several different scenarios.” Barta said. “And the scenarios we plan for seem to change by the hour, by the day, by the week. But as of today we are still planning to open Kinnick up and have as many fans join us as want to join us. That’s one of our scenarios and we haven’t closed that scenario down yet.

Barta’s counterpart in Ames, Iowa State Athletic Director Jamie Pollard, said Tuesday in a letter to Cyclone fans that he plans to have home football games capped off at 50 percent capacity this season, which would be 30,000 fans inside Jack Trice Stadium.

Of the 48,000 football season tickets Iowa sold last season, Barta said roughly 75 percent of them have been renewed for 2020. The deadline to purchase season tickets was pushed back to May 29 from the original March 29 date. Kinnick Stadium’s capacity is listed at 69,250.

Barta said he will be following what state laws are dictating and what Big Ten health officials are saying when he determines the amount of fans that will be allowed to attend home football games this season.

“It’s all going to be based on health and safety,” Barta said. “Our student athletes, our coaches, and our staff that will be working the game or playing the game, will make sure they’re ready to go from a safety standpoint.”

The athletic department is looking into and studying numerous ways to mitigate the risk of the COVID-19 pandemic when athletes, staff, and fans return to Kinnick, Carver-Hawkeye Arena, and other athletic venues, according to Barta.

Barta said that could mean altering how many entrance ways there are into Kinnick or the amount of access to concessions. Barta said he could see everyone wearing masks throughout the stadium, but is not sure on that yet.

Another aspect of football game days in Iowa City that is under question is tailgating. That too, Barta said, is being evaluated by the athletic department.

“I expect there will be some modifications,” Barta said. “We have talked about it. We’ve begun to identify parking lots, and again, if it’s 100 percent [capacity] versus 75 percent or 50 percent… I can comfortably say there will be tailgating. I just am not ready to say exactly how that will work.”