Restrictions will be relaxed on certain businesses and facilities beginning this week and on the first of June. 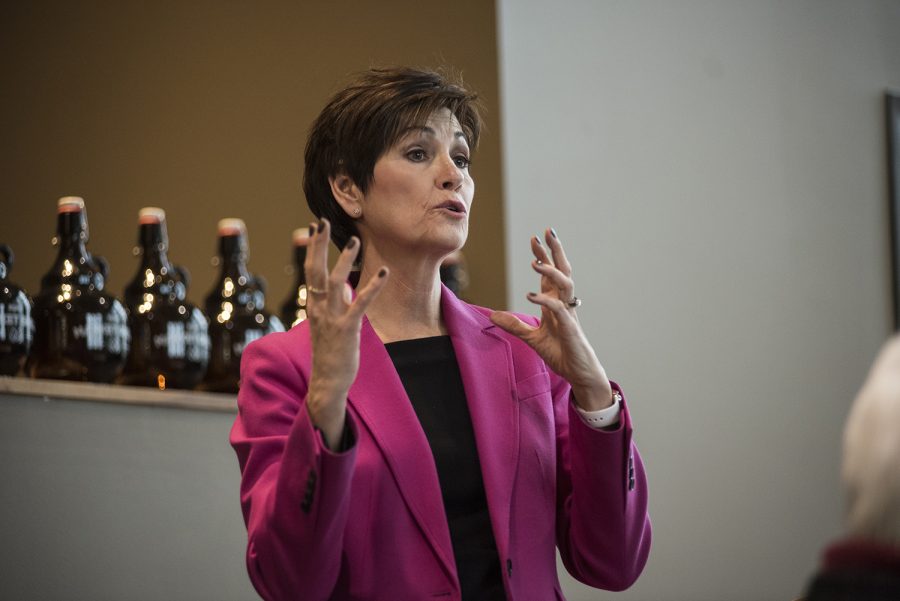 Kim Reynolds talks at Hy-Vee in Coralville during her 99 Counties tour on Thursday, April 5, 2018.

At her daily press briefing Tuesday, Reynolds said bars, wineries, and distilleries would be allowed to open with the same public health restrictions as restaurants — at half capacity and with social distancing measures.

Live entertainment will also be allowed beginning Thursday as long as the performer stays at least six feet away from patrons and other performers.

This easing of restrictions is joined by several business reopenings over the past few weeks. Campgrounds, movie theaters, swimming pools, salons and barber shops, restaurants, malls, bookstores, museums, aquariums, and zoos, libraries, tattoo parlors, massage therapy facilities, medical spas, and retail businesses are all allowed to reopen at half capacity and with social-distancing guidelines in place.

The state’s current moratorium on evictions is set to expire a minute before midnight on Wednesday. Reynolds said she would create an COVID-19 eviction and foreclosure prevention fund, which would give funds to eligible Iowans who had a documented loss of income due to business closures and can’t pay rent or mortgage payments.

Reynolds said she would have more details on the fund in the next couple days, and would have the fund available for applications on Friday.