The University of Iowa's independent student-run newspaper was honored by the Society of Professional Journalists as the nation's best. 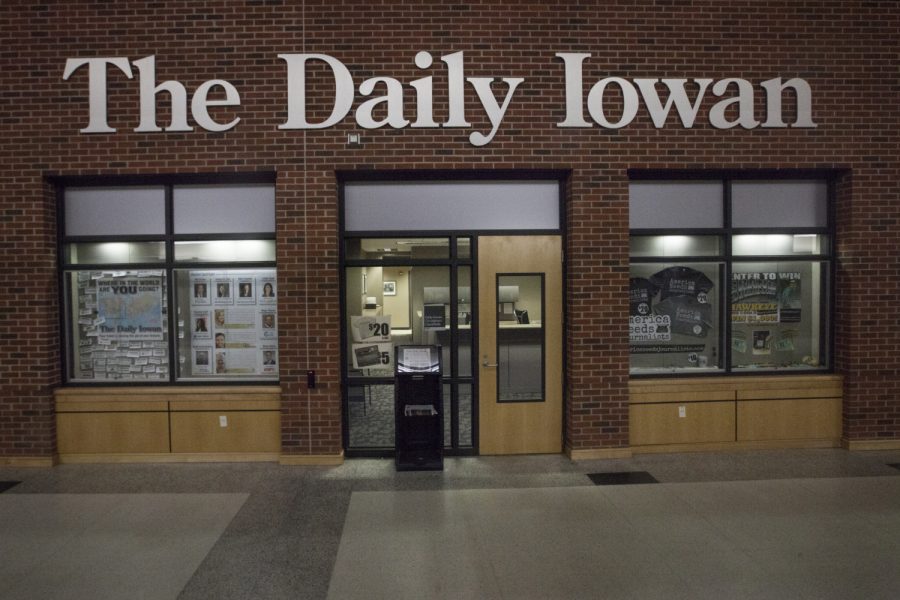 The Society of Professional Journalists on Tuesday named The Daily Iowan national winners for the Best All-Around Daily Student Newspaper in the 2019 Mark of Excellence Awards.

National Mark of Excellence Award winners are chosen from category winners in each of SPJ’s 12 regions and honor the best collegiate journalism within a calendar year. Journalism professionals with at least three years of experience judge the contest.

The runners-up were The Daily Bruin at the University of California – Los Angeles and Yale University’s Yale Daily News.

School divisions are based on student enrollment, which includes both graduate and undergraduate enrollment. Large schools have 10,000+ students and small schools have fewer than 10,000 students.

“We’re thrilled to receive this honor,” Publisher Jason Brummond said. “I couldn’t be more proud of our student-run newsroom. The commitment to serve our community by continuing a print edition and provide important daily updates during this pandemic reinforces this selection.”

The honor adds to a banner year for the DI, which was recognized in a February competition with professional newspapers as the 2020 Newspaper of the Year by the Iowa Newspaper Association for the first time since 1981.

“I’m so proud that our DI team once again has received an incredible honor to recognize the great journalism we produce to serve the University of Iowa and Iowa City communities,” Editor-in-Chief Marissa Payne said. “We’ve earned recognition at the state and national levels for this outstanding work, but what I’m most proud of is that our team hasn’t gotten complacent with these successes. From covering the 2020 Iowa caucuses to printing weekly through the COVID-19 pandemic, our dedication to producing high-quality journalism shows we’ve put in the work to earn this recognition.”

SPJ currently plans to recognize first-place national winners in Washington at the Sept. 10-12 Student Union event during Excellence in Journalism.

The DI staff was also recognized with eight winners and six finalists for reporting, photojournalism, and videography in the Mark of Excellence Region 7 contest, which judges work from student journalists in Iowa, Kansas, Missouri, and Nebraska. This work competed in the national SPJ contest.

David Harmantas’ story “‘I don’t feel like she’s ever going to lose’: An Iowa woman’s quest to go pro in MMA” also won at the national level.

• In-Depth Reporting: As insulin prices rise, politicians attempt to take action, but for some families — it’s too late – by Julia Shanahan

• Sports Writing: ‘I don’t feel like she’s ever going to lose’: An Iowa woman’s quest to go pro in MMA – by David Harmantas

• Feature Writing: The most diverse presidential field in one of the nation’s whitest states – by Julia Shanahan

• Online/Digital Feature Videography: Into the air with UIHC’s AirCare team – by Roman Slabach