Lawrence is the first Hawkeye in program history to earn the honor. 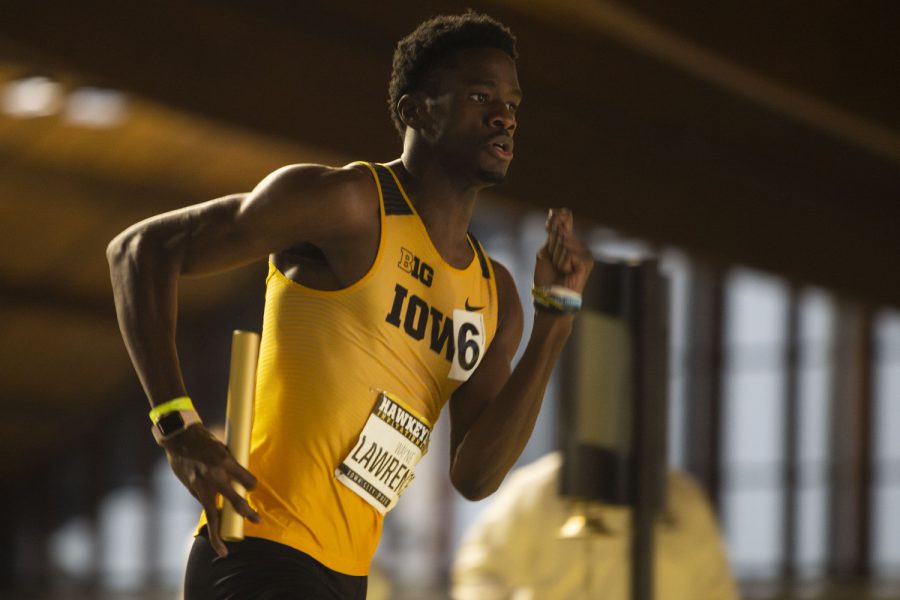 University of Iowa sprinter Wayne Lawrence runs his leg of the 4x400m relay during the Hawkeye Invite at the UI Recreation Building on Jan. 11. He and the other members of the Iowa B relay finished in ninth place.

Lawrence is the first Hawkeye in program history to earn the honor.

As a sophomore, Lawrence broke records all season long and won three gold medals at the indoor conference meet. Lawrence led the Iowa men’s team to a second-place finish in the event, its highest placing since 1963. On March 4, Lawrence was named the Track Athlete of the Big Ten Indoor Championships.

“Wayne had an unbelievably special indoor season,” assistanct coach Jason Wakenight said. “He was having arguably the greatest indoor season from a Hawkeye ever and established himself as a world-class athlete. He has grown so much as a student, athlete, and as a person. He’s been so coachable and wanted badly to become a champion. He has put so much time into improving in the weight room, improving himself in the classroom, and I can’t imagine anyone who deserves this more. I’m just so happy for him. I can’t wait to get back on the track and finish what we started – we have a lot of special things left on our plate. 2020 was just the beginning.”