All 14 institutions within the Big Ten Conference have chosen representatives for its Task Force for Emerging Infectious Diseases, which aims to provide advice and discuss ways to move forward amid the COVID-19 pandemic. 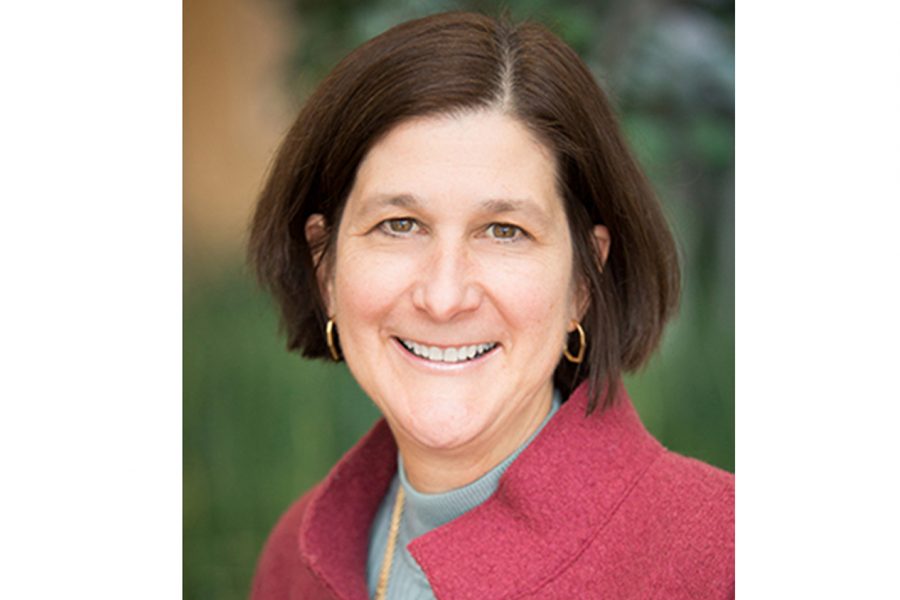 College of Public Health Edith Parker is one of several members from Big Ten universities on the task force. (Contributed)

The Big Ten Conference has assembled a Task Force for Emerging Infectious Diseases to gather public health advice as athletic conferences canceled events this spring and the universities look to make a decision on in-person athletics for the fall.

The task force hasn’t yet defined criteria that universities must meet before resuming athletics in the fall, said Chris Kratochvil, associate vice chancellor for clinical research at the University of Nebraska Medical Center and chair of the task force. However, the conference is discussing considerations universities should take into account.

“Can we get diagnostic testing if need be, can we have environments that have appropriate social distancing, are there cafeterias, common areas, and classrooms that can have appropriate social distancing, are there facilities available if people need to be quarantined,” Kratochvil said. “It’s more of a discussion of considerations at this point than specific criteria.”

The task force includes one representative from all 14 universities that make up the Big Ten Conference and each representative comes from a diverse background in medicine and public health.

College of Public Health Dean Edith Parker, the UI representative for the task force, declined to speak with *The Daily Iowan* and directed comment to Kratochvil.

Kratochvil said a key role of the group is to serve as a conduit of information both from each university to the task force and then back to the universities.

“All 14 universities are very actively engaged in how they can create policies and procedures to bring students back in the fall,” Kratochvil said. “This group can then bring in that information to help inform the discussions we have for athletics, but we can also disseminate back out to our universities the various discussions going on at the other Big Ten Universities.”

Boris Lushniak, dean of the University of Maryland School of Public Health, said that an early success for the task force was focused on mental health.

“We focused not only on the student-athlete, but it was a great forum to see what each university was doing to tap into their best practices for the mental health and wellbeing of their students in general,” Lushniak said.

While the novel coronavirus is currently the focus of the task force, Kratochvil said the group will hopefully be able to provide benefits and become a sustainable model for the Big Ten Conference.

Kratochvil said that the commissioner of the Big Ten Conference, Kevin Warren, acted early to bring this group together.

“Commissioner Warren was very proactive in creating this early on because the world didn’t even know coronavirus existed until the end of December,” Kratochvil said. “By March 7 he had already convened this task force to address it, so I think it will be sustained for future potential emerging infectious diseases as well.”

The Big Ten Conference canceled the remainder of the 2019-20 athletic season on March 12.

Each representative was hand-picked for the task force by the presidents of the different universities, Lushniak said.

“The Big Ten leadership turned to the presidents of every university to designate somebody to be a part of the task force,” Lushniak said. “You will see that the listing includes mostly people from the medical or public-health background to be a part of this task force.”

Of the 14 representatives on the task force, six of the chosen members are women.

“I’m really pleased that it is so diverse, and not just by gender but also with the kind of backgrounds we each have because that diversity is a strength,” said Preeti Malani, chief health officer and professor of medicine at the University of Michigan. “I love the fact that I didn’t even think about how there were a lot of women on it.”

Malani said that each university is dealing with different issues in terms of adapting to COVID-19, but all of the representatives on the task force share the same feeling of hope.

“I think now what is useful is just hearing that people are really encouraged and hopeful that we are going to find a way to make this happen,” Malani said. “That is an important thing to hear 13 of your peers say, ‘Yeah, we are also hopeful.’”