The Daily Iowan • May 6, 2020 • https://dailyiowan.com/2020/05/06/asian-pacific-islander-communities-discuss-discrimination-within-communities-due-to-covid-19/

Since the COVID-19 outbreak, Asian Pacific Islander communities have found themselves facing threats additional to the virus, including discrimination based on race and/or national origin. 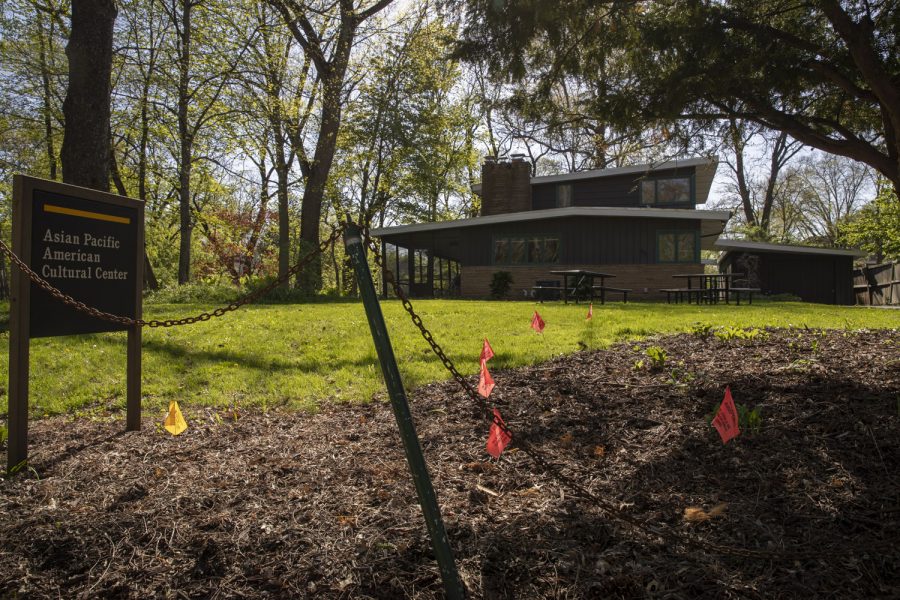 Gordon Louie, a third-year Ph.D. student at the University of Iowa studying higher-education student affairs, wonders each day about his family in Las Vegas, who he hasn’t been able to see in recent months.

Though reports of physical hate crimes have not been reported locally, the threat of discrimination against Asian Pacific Islander communities — especially in larger cities— has escalated since the outbreak of COVID-19.  In early April, the FBI warned of a potential increase in anti-Asian American hate crimes and the Asian Pacific Policy and Planning Council recorded 1,100 reports of hate in two weeks in late March and early April.

The UI Pan Asian Council issued a statement on April 17 condemning anti-Asian bigotry and rejecting the racialization of the COVID-19 pandemic, the framing of COVID-19 as a wartime attack, and prescribing or associating a nationality to the virus and disease.

Ashley Cheyemi McNeil, a postdoctoral research scholar at the Obermann Center for Advanced Achievement, and Louie are both council members of the Pan Asian Council, still in its initial year at the UI, and drafted the initial statement together.

Discrimination based on the racialization of COVID-19 is an overt issue Asian Pacific Islander communities are currently facing, Louie said, adding invisible threats to the visible threats of illness presented by the virus.

When phrases such as “Chinese virus” and “Wuhan virus” began to spread as misnomers of the coronavirus among politicians and in the media, the Pan Asian Council noticed how this discourse led the Asian Pacific Islander communities becoming synonymous with the virus itself, McNeil said.

The misinformation spread throughout America, Louie said, counteracting all the legitimate and scientific information being released about COVID-19, simultaneously.

“We are very weary of that pattern — when there’s a lack of evidence but there’s ascribed blame that’s racialized,” McNeil said.

This discourse and ascribed, racialized blame for COVID-19 is extremely hurtful, Louie said.

“It was especially hurtful because it’s a sense of misinformation that’s being provided out there that counteracts all of this other public-health information that was going out at the same time,” Louie said.

With its own statement, the Pan Asian Council rewrote the narrative in a story that their point of view was originally excluded from, McNeil said.

“This is something that not only are we a part of, but we can also contextualize and historicize and work to fame in a way that is sincere for our positionalities and our subject positions, at least as the Pan Asian Council at the university,” McNeil said. “That felt empowering in itself.”

Ray Rinkol, a labor and employment attorney in Cedar Rapids, said he has not seen an increased trend of discrimination cases since the outbreak of COVID-19, but he believes there have been instances where discrimination was present.

Rinkol said the Centers for Disease Control and Prevention and Equal Employment Opportunity Commission are working to prevent cases of discrimination in the workplace due to COVID-19.

“EEOC along with CDC is asking employers to be vigilant about this issue,” Rinkol said. “[They’re] trying to say that employers need to be aware and educate their employees that COVID-19 isn’t related to somebody’s protected status, national origin, or race, and it’s illegal to discriminate or retaliate against people.”

In a statement on the Equal Employment Opportunity Commission’s website, the department’s chair Janet Dhillon confirms reports of mistreatment and harassment against Asian Americans and other people of Asian descent, and advocates for the prevention and correction of discrimination due to COVID-19.

The statement said that ‘the anti-discrimination laws the EEOC enforces are as vital as ever’ and urges employees and employers to be mindful of discrimination, harassment, or intimidation in the workplace and to take necessary measures to prevent and correct this type of behavior.

Though measures are in place to preserve the wellbeing of Asian Pacific Islander communities, fear creeps in from each belittling look, half-veiled joke, discriminatory slur, or physical hate crime directed toward them. All of the above lead into a larger demeaning practice of an entire group of people, McNeil said.

“That anxiety is a compounded thing that cannot be underestimated in its weight,” McNeil said.

Growing up part of a model minority, an expectation placed on Asian Americans is that they are smarter, wealthier, or harder-working than the rest of the population. McNeil and Louie both described having feelings of bigotry as coming toward them in waves. Discrimination never truly goes away, and when it appears now, it transports Louie and McNeil back to when they were kids.

Asian Pacific Islander communities often get mixed in the mythos of being a model minority group yet standing out among other groups. Model minority groups can sometimes slip under a cloak of invisibility, McNeil said, but be used as a scapegoat when it’s convenient for the cloak to be lifted. Dominant powers in the U.S. are taking away the invisibility cloak to put the blame for COVID-19 on Asian Pacific Islander Communities, McNeil said.

“The model minority mythos gets stripped away whenever it is convenient for the dominant discourse to grab hold of the Asian American community as a scapegoat for a national unsettling,” McNeil said.

McNeil said she believes that when COVID-19 has taken its toll — a vaccine is found, the uncertainty ends, and the world enters into its new normal — the invisibility cloak will be placed once again upon Asian Pacific Islanders, simply because it’s convenient.

The militarized, wartime rhetoric used by the national government is one factor to the fear of discrimination among Asian Pacific Islanders, McNeil said.

“It’s very dangerous and can be a fickle thing that is not hard to transplant a sense of who needs to be held accountable or punished, or who needs to be reprimanded, or how do we get back at who sliced and diced the fabric of the American economy, the American livelihood, and American way of being,” McNeil said.

The Pan Asian Council launched a “Signatures in Solidarity” project along with its original statement. Those who reject racist acts can publicly sign their name on the project, which had received 540 signatures as of May 2, McNeil said.

Though the Asian Pacific Islander community faces an aggressive threat of discrimination due to COVID-19, Louie and McNeil said they have both found themselves leaning on their community more and building deeper connections with each other, McNeil said.

“This has sparked in me or reminded me how important this part of me is and to be able to find community alongside that has been really rewarding,” Louie said.

The Pan Asian Council will continue to stand against bigotry in the future, McNeil said, including that which stems from COVID-19, until the need ceases for the council to exist as an activist body taking stands against hateful acts.

“There’s kind of this sense that we have come to the conclusion that our ultimate goal as Asian American scholars is to no longer have the need for Asian American studies, in the sense that we do the work and we help bring our world into a new manifestation in itself which we don’t have to convene,” McNeil said. “So that’s our goal — to not need ourselves as a body.”