The Johnson County Board of Supervisors discussed and denied the Voices of Christ Ministries International abatement request to eliminate property taxes for 2019 on congregation’s property. 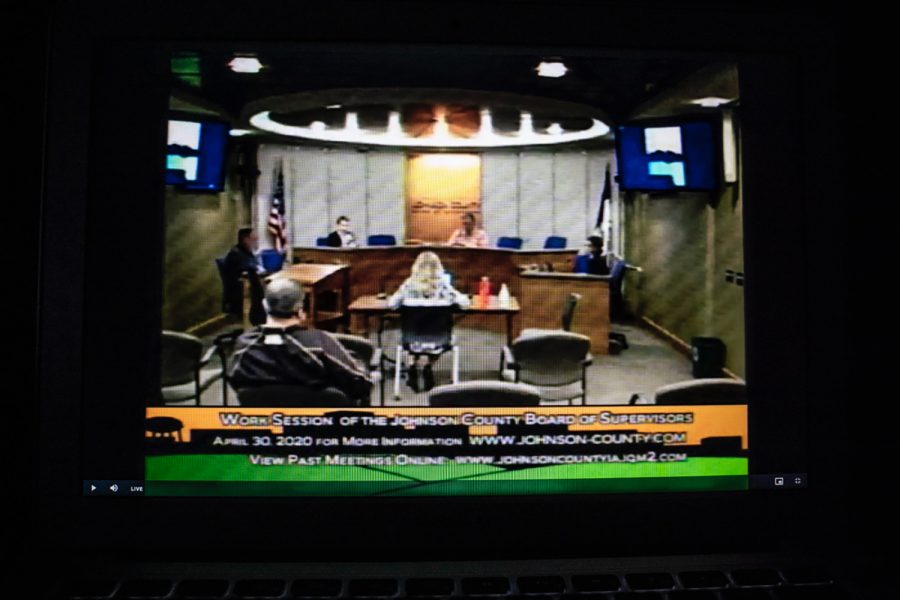 The Johnson County Board of Supervisors denied a request for a property tax abatement for 2122 ACT Circle by the Voices of Christ Ministries International during its Thursday formal meeting.

The board voted 1-4, Supervisor Pat Heiden being the sole vote in favor, as the board’s majority felt passing the abatement would be unfair to similar requests that had been denied in the past.

The filing deadline was missing by 11 days, Gellman said, as the process was complicated due to state and federal tax liens, which are legal claims against the assets of a person or business who fails to pay taxes owed to the government. The release of the liens controlled the closing date and the date was rescheduled four or five times, he said.

Supervisor Janelle Rettig said the tax code shouldn’t be implied on a case-by-case basis. It should be fair and equitable to everyone, she added, and taxes should be paid regardless of what entity, tax exempt or otherwise, it is.

“People exchange property have the obligation to know the taxes will be due and that are due and that were past due, and I believe that they should negotiate that in purchase prices,” Rettig said. “I do not believe that governmental entities [or nonprofit entities] should be exempt from that at all. I get that people say, ‘Well I can’t negotiate that in the purchase price.’ Well, that’s not really the taxpayers problem there.”

Gullman said that the church didn’t have the ability to negotiate the taxes as they didn’t know they would have to pay them. The taxes would be a burden on the congregation during the financially difficult times caused by the pandemic, he said.

Despite the agenda item not having a scheduled public hearing for the day’s discussion, the board allowed two ministers from the congregation to speak on its behalf and give additional information as to why the abatement should be passed.

Supervisor Chair Rod Sullivan said abatement requests require the board to make value judgements and decide who is “worthy or not worthy.”

“It’s real easy to say, ‘Well, you’re going to be benevolent with that.’ But that just goes down that old path of who you know, and I’ve never wanted to be a part of a government that’s making decisions based on who you know — whether that’s the richest person in the county or the poorest person in the county,” he said. “Consistency is important… and I think taxes need to be paid. That’s the way that we’ve stuck to… I’ve been consistent in voting for these to be paid and I’m going to continue to do that.”