Opinion: Pokémon Go is more than a fun way to spend time

Pokémon Go is not just a silly phone game; it's an app that tracks your fitness. 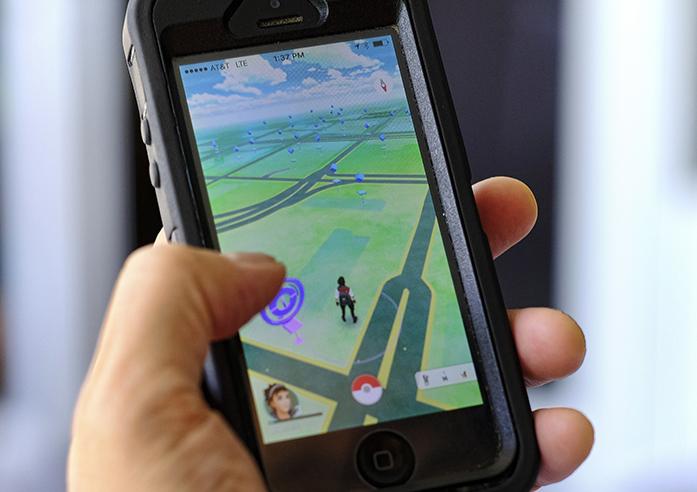 Pokemon Go is displayed on a cell phone in Los Angeles on Friday, July 8, 2016. Just days after being made available in the U.S., the mobile game Pokemon Go has jumped to become the top-grossing app in the App Store. And players have reported wiping out in a variety of ways as they wander the real world, eyes glued to their smartphone screens, in search of digital monsters. (AP Photo/Richard Vogel)

July 2016: The month my active life changed forever. No, I did not get into a harmful accident ending with the broken bone. It was when the Pokémon Go app launched across the world.

Yes, in case you have not noticed, I am a huge nerd, and I am an avid Pokémon fan. I collected the cards when I was younger, watched the cartoons, and I still even have the games on different gaming consoles. I thought I had everything covered.

Then Pokémon Go launched, and it added a new level of gameplay. This time it involved me moving a lot more.

Pokémon Go is an augmented reality mobile game designed to have players walk around and interact with Pokémon on their phones. It tracks your distance, places you have visited, and what you have interacted with, each part rewarding players in some way or another within the game.

It has become such an integral part of my active life that before any walk I take, I boot it up to track my distance. I will make my boyfriend — another Pokémon fan who has yet to join me on the bandwagon — wait while I swipe through the screen, one hand holding his, the other on my phone. He is so used to it, he reminds me on our long trips if I have the app open and if I need to stop to catch a Pokémon.

Jokes aside, what seems like a fun game to entertain kids and please nostalgic teenagers and young adults, Pokémon Go has gotten me up and moving more than once, when I could have taken the easier route.

Instead of riding the Cambus to the Main Library for a class, I would walk from my dorm all the way down, making sure to take a straight line. Instead of biking or driving to work, I would jog the mile and a half to and from the pool to add up another reward within the game, burning more calories at the same time.

“[Pokémon Go is] an argument in the fitness industry — I believe the benefits outweigh the downsides,” she said. “You have the motivation to get outside and move.”

While it is not the most accurate tracking system — you have to walk in a straight line most of the time, treadmills don’t count, and have the app either open or on locked mode on your phone — I can still see how much I have used this app since I downloaded it on July 9, 2016. Over 2,000 kilometers traveled while the game was open — yes, it uses the metric system. While the number seems small with the amount of time I have spent on it, seeing the number and all of my achievements, it gives me the passion to reach another goal.

“It targets people who don’t normally go outside — kids have recess in elementary school, high schoolers don’t. It’s a reward-based system,” Shana said. “It gives people reason to do something.”

Who doesn’t like leveling up because they ran 50 kilometers in one week?

Even if you do not use the app to its highest potential, you still got off of your butt and walked around. We all have to fight being stagnant in our abodes right now, either from classes or working from home. With Pokémon Go, it provides a fun way to stay active. This time, with a little more incentive and an immediate reward. Now please excuse me, I have a five kilometer goal to reach this afternoon.